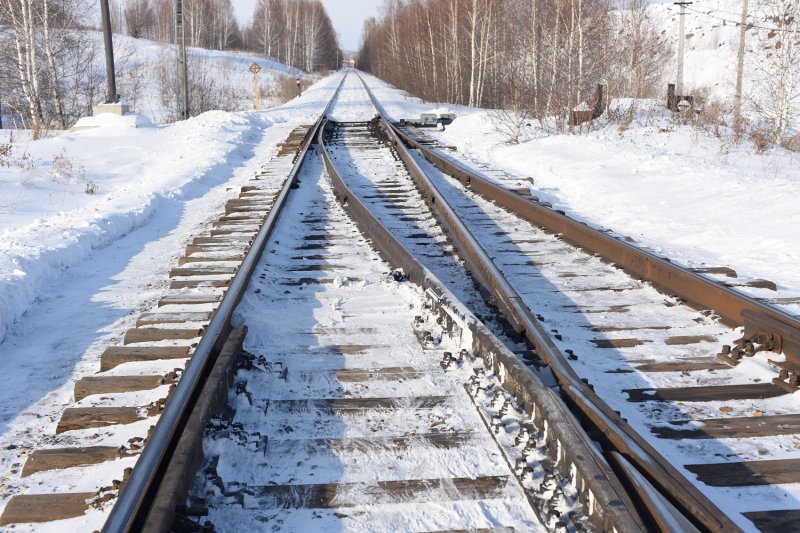 In the railway shop of the Uchalinsky GOK (an enterprise of the raw materials complex of UMMC), the introduction of a modern signaling system, centralization and blocking along the train route from the Kombinatskaya station to the Mezhozernaya station has been completed. The large-scale project is aimed at improving the safety of movement on railway tracks and includes the arrangement of a number of objects with automation and telemechanics means: the inter-station single-track section "Kombinatskaya" - "Mezhozernaya", separate points "Plant RIVS", "Razezd 15-16 km", Zapadno-Ozerny park, Mezhozernaya station.

During the modernization, non-public railway tracks were divided into isolated sections, each of which is automatically controlled by the system based on highly reliable rolling stock axle counting sensors. Axle counting sensors signal the station attendants about the vacancy /busyness of block sections of railway tracks, and also monitor the arrival of full trains. This system is also involved in automatic traffic light blocking schemes.

- Now the locomotive driver, guided by the green light of traffic lights, can be absolutely sure that the railway track is free for movement, since the means of railway automation will not allow the traffic light to light up when being on the next isolated section of another rolling stock, - explained the chief engineer of the railway department Andrei Atamanov.

The railway of the plant was additionally equipped with 23 LED traffic lights, video cameras, as well as devices for automatically alerting people - when a train approaches, at intervals of one once every 30 seconds, a warning sounds over the loudspeaker of the need to leave the railway.

Moder The workplaces of station attendants were also subjected to nization. In the working room of the Kombinatskaya station, two large monitors are installed, on which the train and shunting operations carried out thirty kilometers away by the person on duty at the Mezhozernaya station are displayed in real time. The workplace of the person on duty at the Mezhozernaya station is fully automated and represents a hardware and software complex for laying and visualizing train routes, remote control of switches, traffic lights and other equipment related to the organization of traffic on the tracks, as well as monitoring their technical condition.

- We have eliminated the human factor in traffic management on the tracks: there is no longer any need to contact the operator to clarify the location of the train and its maneuvers, since everything is clearly visible on the monitor, - noted the advantages of technical re-equipment, the person on duty at the Mezhozernaya station Tatyana Zagirova.

Devices of the signaling, centralization and blocking systems allow or prohibit the reception and departure of the train to /from the station, to /from the haul, control the position of arrows, signals and traffic lights, the occupancy /vacancy of railway sections included in the route of movement, and also control the signal nalami at a distance from the central point. In addition, electrical interlocking devices ensure the impossibility of accepting a train on a busy track, transferring the turnout under the train, and, most importantly, excluding the departure of the train to the section of the railway track along which other rolling stock is moving.

On this topic
Uchalinsky GOK has improved the technology of stowing operations
In Verkhnyaya Pyshma, the results of the III Engineering Games of the UMMC were summed up
On Uchalinskiy GOK has implemented a system of imaging fields
Uchalinskiy GOK established in Uchaly stationary ecological post
The fleet of a motor transport company has been replenished with new equipment
Uchalinsky GOK started sinking the shaft of the Skipo-Kletovaya mine
Добавить комментарий
Комментарии (0)
News Analytics
Iran is satisfied with the reaction of the world community to 60% enrichment of18-04-2021, 13:24
Gas prices in Ukraine have reached a record value over the past two years -16-04-2021, 17:24
Ukrmetallurgprom asks the Antimonopoly Committee to allow Metinvest to bid for16-04-2021, 17:23
A fatal accident occurred on the territory of the Dnieper Metallurgical Plant16-04-2021, 13:01
Cars built for Euro 2012 will be repaired at the Kryukov Carriage Works16-04-2021, 12:46
World Steel Association predicts a good year for metallurgists15-04-2021, 18:19
World Steel Association defines green steel and its variations12-04-2021, 13:14
China unlikely to cut steel capacity in 2021 due to high steel prices07-04-2021, 12:11
Scrap metal market at the beginning of April02-04-2021, 11:10
Rising Chinese Prices Fueled Rising Global Steel Prices - MEPS25-03-2021, 18:54
Sign in with: