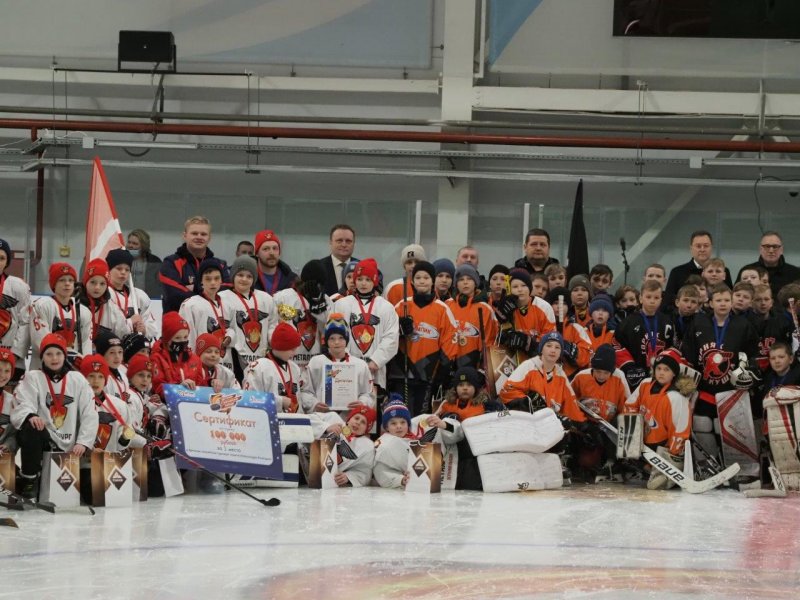 8 children's hockey teams from Verkhnyaya Pyshma, Serov, Krasnouralsk, Sukhoi Log, Rezh, Revda, Kushva, Kirovgrad took part in the Children's hockey tournament in memory of Alexander Kozitsyn, including almost 200 participants born in 2010–2011. The competitions were held from March 22 to March 26, at the UIA "Palace of ice sports of the urban district of Revda". The prize fund of the tournament was 375,000 rubles.

The most spectacular traditionally was the final day, when the top three were determined. In the final mast the Metallurg team from Verkhnyaya Pyshma and Gornyak from Kushva fought for the main prize of the competition - a certificate for the purchase of sports equipment in the amount of 100,000 rubles. The residents of Pyshmina won the victory.

Meeting with a real legend of Russian hockey, Honored Master of Sports of Russia, Olympic Champion, World Champion, forward of the Avtomobilist Hockey Club Pavel Datsyuk. He was a guest of honor at the opening and closing ceremonies of the competition and handed each player an autographed postcard.

“We always set him up as an example for the guys,” said Yegor Shevelin, coach of the team from Verkhnyaya Pyshma, “we are not only talking about him as an outstanding athlete, but also as a worthy person. Because first of all we try to make good people out of the guys, and then good hockey players. ”

According to the mentors, such competitions temper, make children more disciplined, attentive, responsive. For many players, the Children's Hockey Tournament in memory of Alexander Kozitsyn became the first large-scale competition and gave a lot of vivid emotions.

All participants of the competition received gifts from the organizers of the tournament, the Children of Russia Charity Fund and the Ural Mining and Metallurgical Company.

On this topic
New Ice Arena "Foundry" was opened in Sukhoi Log
A new Ice Arena opened in the Orenburg city of Gai
An open day was held at the UMMC Technical University
All-Russian table tennis competition "Step into the future" started in the Sverdlovsk region
The best tennis players of Russia U11 have been identified in Verkhnyaya Pyshma
The eternal flame from the factory furnace, Victory Waltz, Procession of military equipment and a
Добавить комментарий
Комментарии (0)
News Analytics
Ukraine and the United States are deepening cooperation in the trade and20-04-2021, 20:46
Nikopol pipe plant "Centravis" is approved as a supplier of the Chinese20-04-2021, 20:10
The capacity of the domestic steel market in Ukraine in January-March decreased19-04-2021, 10:33
In Russia, there is an exuberant demand for agricultural machinery19-04-2021, 10:24
Iran is satisfied with the reaction of the world community to 60% enrichment of18-04-2021, 13:24
World Steel Association predicts a good year for metallurgists15-04-2021, 18:19
World Steel Association defines green steel and its variations12-04-2021, 13:14
China unlikely to cut steel capacity in 2021 due to high steel prices07-04-2021, 12:11
Scrap metal market at the beginning of April02-04-2021, 11:10
Rising Chinese Prices Fueled Rising Global Steel Prices - MEPS25-03-2021, 18:54
Sign in with: