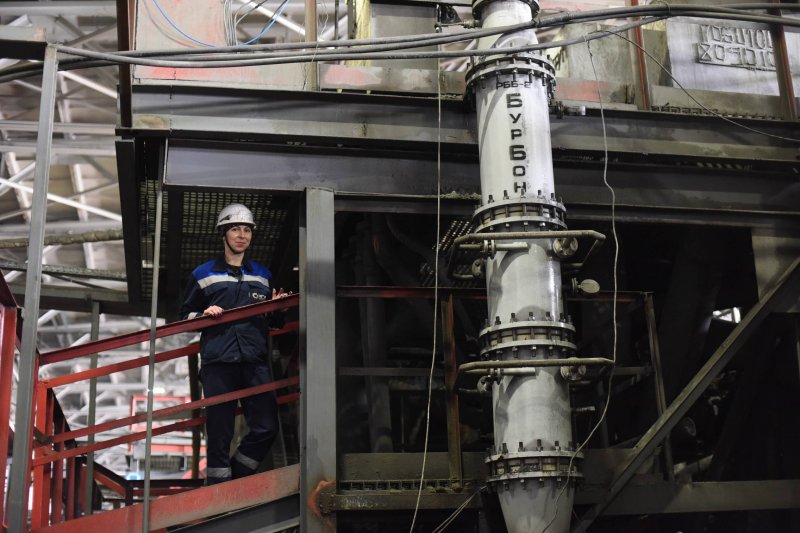 At the concentration plant of JSC Uchalinsky GOK (an enterprise of the raw materials complex of JSC UMMC) as part of the implementation of the plan of scientific and practical cooperation with LLC BFK Engineering, approved by the General Director OJSC "UMMC" by Andrey Kozitsyn, work was carried out to increase the technological parameters of concentration. For the first time in the Russian Federation and in the post-Soviet space, during the processing of copper-zinc ores, mechanical activation in the zinc flotation cycle was applied and positive results of pilot tests were obtained.

Based on the test results and evaluation of the use of mechanoactivators PRKV-2A (reactor RBB-2-600), a decision was made on the feasibility of their industrial application in the upper and lower streams of zinc processing in the main building of the concentrator for all types of processed copper-zinc ores. The equipment made it possible to increase the extraction of zinc into zinc concentrate by an average of 1.5% with the zinc content in zinc concentrate not lower than 49.5%.

“For almost two years of operation of mechanical activators, more than 2 thousand tons of zinc were additionally obtained in zinc concentrate, approximately the same amount is expected to annually increase zinc in the total volume of production ", - summed up the results of the equipment operation, director of JSC Uchalinsky GOK Zakaria Gibadullin.

The economic efficiency of the introduction of this technology has also been confirmed by an international consulting by Parters i Performace. The experience gained in the conditions of the concentration plant of JSC Uchalinsky GOK will allow considering the possibility of using mechanical activation at other processing plants of JSC UMMC.

On this topic
Industrial tests of new equipment are underway at the Svyatogora concentrating plant
On Uchalinskiy GOK has implemented a system of imaging fields
The TMK Board of Directors recommends accepting the voluntary offer of the TMK subsidiary in
Uchalinskiy GOK established in Uchaly stationary ecological post
At the processing plant Gaisky GOK launched a new flotation machine
Development of one of the largest deposits in Russia starts in the Republic of Bashkortostan
Добавить комментарий
Комментарии (0)
News Analytics
China's Machinery Sector Operating Income Increases 43 Percent13-06-2021, 11:28
Rescuers continue to search for 13 missing iron ore miners in North China12-06-2021, 15:39
European Union extends protective quotas on steel supplies for another three12-06-2021, 11:31
Metallurgical plants in the temporarily occupied territory of Donbass appointed12-06-2021, 10:59
JSC "Turboatom" was visited by representatives of CJSC "Novokramatorsk Machine12-06-2021, 10:43
Vaccinations fuel demand for platinum - World Platinum Investment Council08-06-2021, 12:55
Sharp price growth continues in the rolled metal market - Ukrpromvneshexpertiza08-06-2021, 11:04
Analysts note overheating of the global scrap metal market01-06-2021, 13:28
Hydrogen-fueled steelmaking could be competitive after 2050 - McKinsey19-05-2021, 14:22
Steel raw material prices are skyrocketing across the board18-05-2021, 12:34
Sign in with: