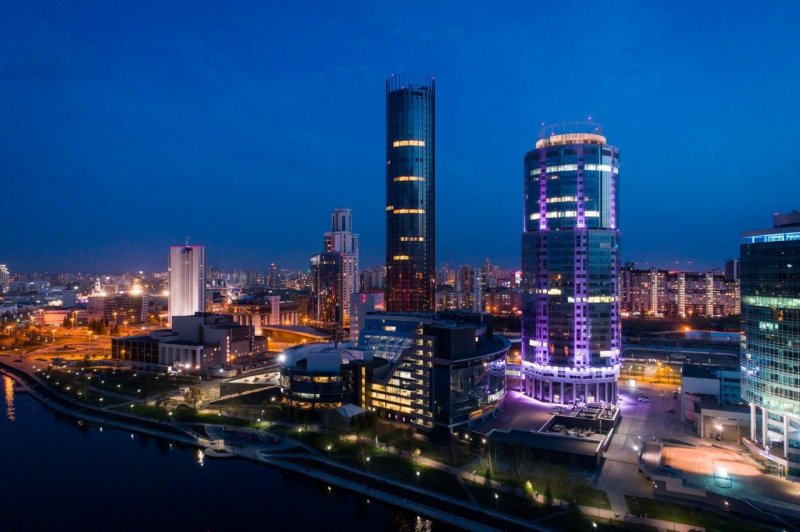 The developer "UMMC-Zastroyshchik" is completing the development of the concept of the updated quarter "Yekaterinburg-City" in the center of the capital of the Middle Urals.

The resolution on the preparation of projects for planning and land surveying of the territory of Yekaterinburg-City has already been signed by the head of Yekaterinburg Orlov. As the general director of UMMC-Zastroyshchik Yevgeny Mordovin noted, their development will take 2-3 months, and the company plans to complete the construction of Yekaterinburg-City in 10 years, starting work in 2021. The total investment in the project is currently estimated at 50 billion rubles.

Within the boundaries of Chelyuskintsev - Boris Yeltsin - Battle Druzhin - October Revolution streets, new objects will appear: apartments, offices, street retail, - in addition to the already existing iconic buildings - the Iset Tower and the Ballistika weapons and fishing center. In particular, we are talking about a six-story gastromall with terraces, a skyscraper with apartment complexes, a family fitness club, shopping and entertainment residences, office centers, educational institutions and other facilities with a total area of ​​340 thousand m 2 . 50% of the quarter's territory will be occupied by a single walking area without cars, available to every resident of the city. There will be comfortable pedestrian and bicycle paths, landscaping and louge zones. The total area of ​​the improvement will be 4 hectares. Some streets will receive a certain "specialization": for example, on one of them bars, restaurants, cafes, bakeries will be collected, on the other - street retail.

"We intend to the geographical center of the city where Yekaterinburg is located. City ", to turn into a center of public attraction, open, convenient, beautiful, safe for its residents, and for citizens, and for business, and in terms of infrastructure and improvement it is not inferior to similar locations in the world's leading capitals. When creating a new concept, we were inspired by just such spaces, - said Evgeny Mordovin. - The new concept assumes that Yekaterinburg-City will become multi-level. The upper level is skyscrapers, the middle is a public space for walking, shopping and recreation with low-rise buildings. And on the third, underground level, there will be service zones, engineering and technical communications, and most importantly - a single underground parking. Here you can leave your car and walk along the underground streets to any part of Yekaterinburg-City, taking an elevator to the desired building. Thus, there will be no restrictions on walking around the block: the pedestrian zone will simply "flow" around each building from all sides. Thanks to these solutions, the quarter will look very interesting from the inside and outside. All cultural heritage sites located on the site will be reconstructed and adapted for modern use, we already have a successful experience, we will certainly take into account the protected zones of the OKN during construction. ”

The updated concept of“ Yekaterinburg-City ”“ UMMC-Developer "Will be widely presented at the beginning of July at the upcoming international exhibition INNOPROM-2021. Prior to this, the developer intends to conduct a dialogue with representatives of the urban community, business, and authorities in order to form a complete picture of the vision of the development of the central part of the Ural capital.

“After the development of the planning and land surveying projects for the territory of Yekaterinburg-City, public hearings will certainly be held ... In the meantime, at the presentation stage, we will collect a maximum of independent opinions on the new concept of the quarter. We are creating a new large public space, which can be effectively filled only with the participation of city residents. Already today, anyone can express their opinion on the project or become its participant as an investor, operator or resident. To do this, you need to contact the office of the company, "added Evgeny Mordovin.

In 2017, construction of development projects under the UMMC- brand began. Developer". Today the developer is the leader of the ERZ.RF rating "TOP Developers in consumer qualities" in the Sverdlovsk region and is in the top 20 developers in the region in terms of the volume of current construction. Portal experts assigned the highest degree of reliability to "UMMC-Developer" for compliance with the declared terms of housing commissioning. And the residential complex of business and elite class "Makarovsky" erected by him in the center of the Ural capital, according to ERZ.RF, is the best new building in the country (first place in the rating "TOP new buildings in the Russian Federation and the Sverdlovsk region", winner of the award "TOP ZhK 2021 in the nomination" Best residential complex - new building ").