UMMC tennis players at the Olympics 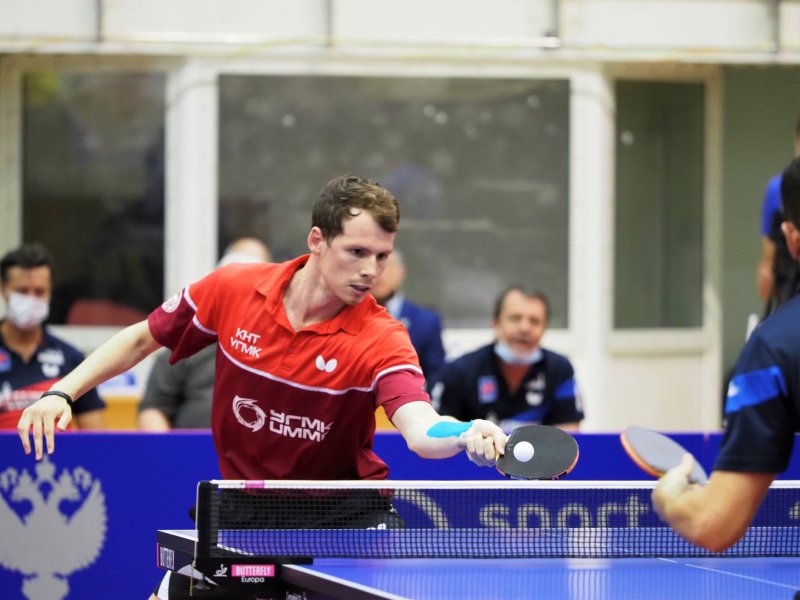 Three tennis players of KNT UMMC will take part in the Summer Olympics, which starts on July 23 in Tokyo. Table tennis competitions within the framework of the Games will be held from July 24 to August 6.

Tomislav Putsar performs at the Olympics in individual and team events. As part of the Croatian national team, he will play together with the former tennis player of our club Andrei Gachina, as well as with Frain Kozic.

“This is my first Olympics, so I'm a little worried. I don't set goals and objectives, I just want to show my maximum. But at the same time, I hope that together with the Croatian national team we will be able to compete for medals, "Tomislav Putsar shared his emotions.

The Denmark national team did not qualify for the Games, so Jonathan Groth will only participate in the individual tournament. He earned a ticket to the Olympics back in 2019, becoming a finalist of the European Games.

Liam Pitchford, representing England, made it to the tournament thanks to the high ITTF rating. At the moment, the UMMC player takes 15th place in it and therefore will begin his performance at the Olympic Games from the third round, on July 27. Grotto and Putsar will start fighting the day before, from the second round, with a total of 16 men's and 15 women's teams competing for medals in table tennis at the Olympics. The awards will also be played in singles and mixed doubles.

Polina Mikhailova, Yana Noskova and Kirill Skachkov will represent Russia at the tournament.

Финансовая аналитика, прогнозы цен на сталь, железную руду, уголь и другие сырьевые товары. More news and analytics on Metallurgprom telegram channel - subscribe to get up-to-date market information and price forecasts faster than others.
Сomments
Добавить комментарий
Комментарии (0)
On this topic
UMMC - five-time champion of Russia
Results of the Russian Championship: four medals of UMMC tennis players
UMMC tennis players won seven medals for the national team of the Sverdlovsk region
The best tennis players of Russia U11 have been identified in Verkhnyaya Pyshma
UMMC develops table tennis from the Urals to the Caucasus
All-Russian table tennis competition "Step into the future" started in the Sverdlovsk
News Analytics
British Steel owner asks government for financial support05-10-2022, 13:05
The price of gold crossed the mark of 1700 dollars05-10-2022, 13:28
US coal prices top $20004-10-2022, 10:16
Tata Steel merger plan to secure long-term profits03-10-2022, 10:46
US hydrogen prices to drop to zero dollars per kg in 5 to 6 years: Platts02-10-2022, 21:53
China production cuts in winter will give limited boost to steel markets -15-09-2022, 10:09
Steel prices may rise as manufacturers stop production11-09-2022, 14:06
IREPAS: The global long products market is in a "dramatic situation"10-09-2022, 20:49
Steel prices are unlikely to rise significantly in the near future - analysts02-09-2022, 22:58
Steel prices may move up on new data from China31-08-2022, 12:19
Sign in with: