The filling complex was automated at the Uchalinsky underground mine 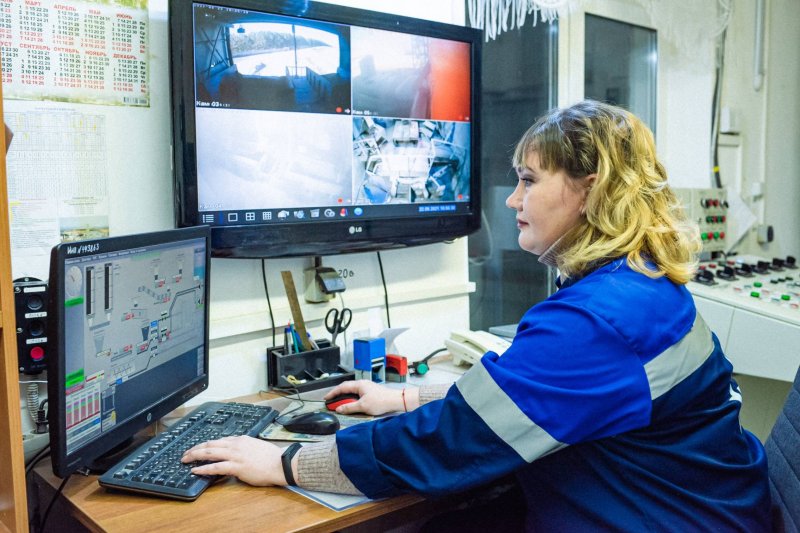 At the Uchalinsky underground mine of the Uchalinsky GOK (an enterprise of the raw materials complex of the UMMC), the surface filling complex (PZK) of the Ozernoye field was automated, which produces a hardening filling mixture to fill the spaces mined underground. The hardware and software system, developed and built by the specialists of the GOK on a turnkey basis, increased the organizational and technical level of mixture production, simplifying the management and control over the technological operations of the filling station.

“Having analyzed the existing technology of the filling complex, we identified digital solutions to modernize the production management of this facility. Thanks to the implementation of these solutions, the filling station now operates in an optimal mode, the entire cycle of preparation of the filling mixture is started by pressing one button, "said Gennady Smyslov, consultant to the General Director of UMMC, under whose leadership the general concept and structure of the filling complex automation was developed.

Several divisions of the plant worked on the local automated process control system (APCS), in close cooperation with the personnel of the Uchalinsky underground mine. The programmers of the automation and metrology department, as well as the information and telecommunication department, created application software, a scheme for integrating all equipment of the control system into a centralized control cabinet, and an algorithm for its operation. The working documentation of the lower automation and the upper level of automation was carried out by the design and development department, and the specialists of the repair and installation department and the Uchalinsky underground mine were engaged in the implementation of design solutions and the installation of instrumentation and control cabinets.

The key element of the automatic process control system of the filling complex - operator's automated workstation (AWP). All information necessary to monitor the equipment condition and control the production of the backfill mixture is displayed on the computer monitor of the shut-off valve operator. A feedback function has appeared: the operator sees the sequence of autostart of the technological chain, the switching on of one or another equipment.

“If a failure occurs, the system immediately signals this and automatically starts the program for sequential shutdown of the shut-off device equipment, if it fails eliminate the fault yourself within the specified time. The operation algorithm of the PZK process control system is very complex, and the system, one might say, possesses the rudiments of intelligence. For visual control of the technological process, a technological video surveillance system has been additionally installed, "said Marat Muslimov, head of the automation and metrology department at Uchalinsky GOK.

In addition to the process control system, another digital innovation is being developed for the PZK - an electronic technological journal, in which in real time, the current parameters of the filling complex technological process are recorded, including the composition of the mixture, the amount of supplied components, etc. - everything that the operators of the complex used to enter manually into a paper log. The electronic journal stores the information received in the archive. Upon request, a report or passport with the necessary data is automatically generated.

As of today, within the framework of the pilot project, a decision has been made to implement the next stage of automation of the Ozernoye deposit at the Uchalinsky underground mine - combining the automated process control system and the electronic technological journal into a single system. All data will be entered into the log automatically, without human intervention, which will significantly increase the quality and reliability of technological information.