Green deal the EU could change the demand for metals

the New economic policy of the European Union, focused on the transition to a zero vybrosom greenhouse gases by 2050 can dramatically change the playing field in the market of non-ferrous and rare earth metals. 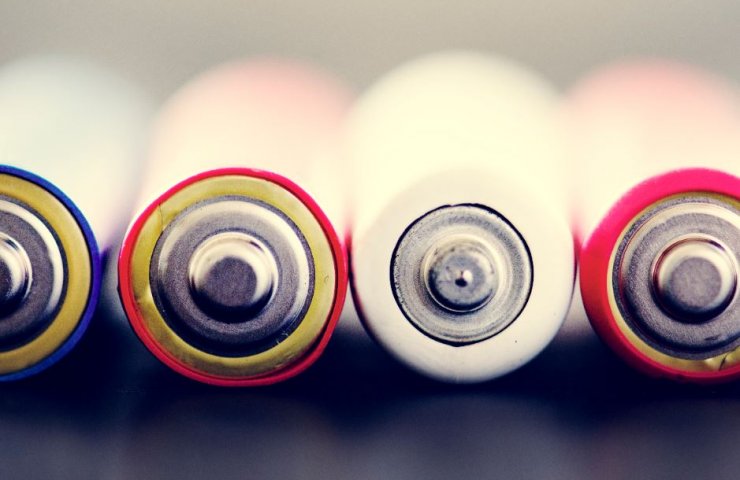 Climate policy the EU can transform the demand for metals used in technology and in "green" areas, some win and some lose the battle for the customer.

European Commission announced the "green deal" in December, aimed at reducing emissions to net zero by 2050. This plan is the main vector of the industrial policy of the EU in the coming years.

the Agreement is designed to support environmentally friendly initiatives such as switching to electric cars (electric vehicles), the circular economy, production technology of steel with low levels of emissions and emissions reductions of goods. In the case of its implementation, the policy will affect the demand for several minor and special metals.

the Transition to electric vehicles

Share of electric vehicles (EV) in the total volume of car sales in the EU in the third quarter of 2019 was 3.1%, indicating significant growth. The Commission said that by 2050, emissions from vehicles should be reduced by more than 90%, which would require a complete switch to electric vehicles at this point, and she "will consider legislative options" to increase the demand for electric cars in the coming years.

currently, member States are responsible for their own EV incentives for specific countries, which leads to an inconsistent approach across the EU. Some countries encourage sales of electric cars, because the French government from January 1, increased its subsidies on electric vehicles to increase sales by 2022. But on the same day, the Netherlands reduced the tax credit for electric vehicles, which led to increased purchases in December. in anticipation of the changes, according to the Dutch data provider car Kanakeredes registrations license plates EV in December rose to 22 with 6 989 874 in November.

If the EU adopts a law on a unified continent-wide system with incentives for electric vehicles, as proposed in the framework of the "green deal", the demand for metals-batteries will increase dramatically.

the Commission also stated that it would support the deployment of charging points on the continent, as called for by the European automobile manufacturers Association ACEA.

According to the survey of ACEA, in Europe there are currently about 144 000 public charging points. It is estimated that by 2030 the EU will require about 2.8 million charging Points, which will require copper wiring, galvanized steel and aluminum alloys, small metals, which are used to improve the properties of these alloys.

the Transition to a circular economy

the EU seeks to translate the Europe of the consumer economy in the circular economy, to stimulate further processing and use of longer products.

He proposed a new "right to repair" for European consumers, focused on consumer technology.

the Market was the key driver of demand for metals such as indium, gallium and germanium. Due to the fact that fewer people are buying new phones, choosing a used model, the price of these metals fell in the past year. Argus estimated the price of indium in the amount of $ 132-144. USA / kg, unpaid in Rotterdam on 2 January, compared with us $ 225-235. USA / kg a year earlier. repair Scheme may add additional downward pressure, as sales of new products fall.

But the increase in food processing can create new industries for processing metals. As for battery metals, including Nickel and cobalt, a possible large-scale production of recycled material from cars, mobile phones and laptops.

European companies such as Umicore, are already doing this. This month Umicore will restore more than 90% of the cobalt and Nickel used in the batteries of the Audi E-Tron.

the Swedish manufacturer of batteries Northvolt announced plans for waste treatment in December, when by 2030 the volume of recycled material in new items will be 50%.

Argus estimated the price of cobalt metal chemical at $ 15.75-16.30 / lb without payment of duty in Rotterdam on 2 January.

Modernization of freight and industrial infrastructure

the EU has also focused on the emissions from freight transport and heavy industry, seeking to move the majority 75% of the domestic cargo which is currently transported by road transport to rail transport. It would mean an additional railroad, increasing the demand for steel and ferroalloys, including ferromanganese and ferrovanadium.

But lower demand for road vehicles can have a negative impact on demand for light metals used in the automotive industry, including silicon, aluminium and magnesium. The grade of steel used in these trucks also suffer from pressure.

the EU intends to provide financial support for the production of low-emission technologies of steel, and the Commission plans to offer "a mechanism to adjust the carbon limits to different sectors to reduce the risk of carbon leakage".

steel Producers in the EU urged the EU to impose tariffs on imports of steel producers in countries which are not subject to the same types of emission control that they may creating a more level playing field. It can help to steel producers in the EU after a particularly difficult 2019, as imports continue putting pressure on the continent, among other factors. Strengthening the steel sector with the possibility of increasing production would increase demand for a range of ferro-alloys and minor metals in metallurgy.

Recommended:
State Energy Efficiency told that it can save the gas transportation system of Ukraine
In Kazakhstan, 55 types of activities in 14 areas were proposed to be attributed to the creative sector of the economy
Interpipe delivered locomotive wheels to Mauritania
On this topic
Platts: a new policy of India in relation to the steel scrap is of concern
Prospects for the development of the economy and steel market in the EU in 2019-2020
China's steel sector can only rely on the real estate sector
China's steel production growth surprised analysts
Will the UK government interfere with British Steel?
Aluminum market overview in Q1 2019
Add a comment
Сomments (0)
News Analytics
Demand for scrap metal in Ukraine exceeds supply by 5%19-06-2021, 11:45
Ukraine resumed sea purchases of gasoline due to restrictions on supplies from19-06-2021, 11:38
Installation of the first mine hoisting machine of Uralmashzavod began in Altai19-06-2021, 11:46
European designers have learned to inflate steel structures that could be a18-06-2021, 17:42
In Ukraine, police were accused of involvement in the theft of coal from trains18-06-2021, 17:51
Vaccinations fuel demand for platinum - World Platinum Investment Council08-06-2021, 12:55
Sharp price growth continues in the rolled metal market - Ukrpromvneshexpertiza08-06-2021, 11:04
Analysts note overheating of the global scrap metal market01-06-2021, 13:28
Hydrogen-fueled steelmaking could be competitive after 2050 - McKinsey19-05-2021, 14:22
Steel raw material prices are skyrocketing across the board18-05-2021, 12:34
Sign in with: