The world market for rare earth metals will grow by 10.4% per year

China is the main producer and consumer of rare earths. 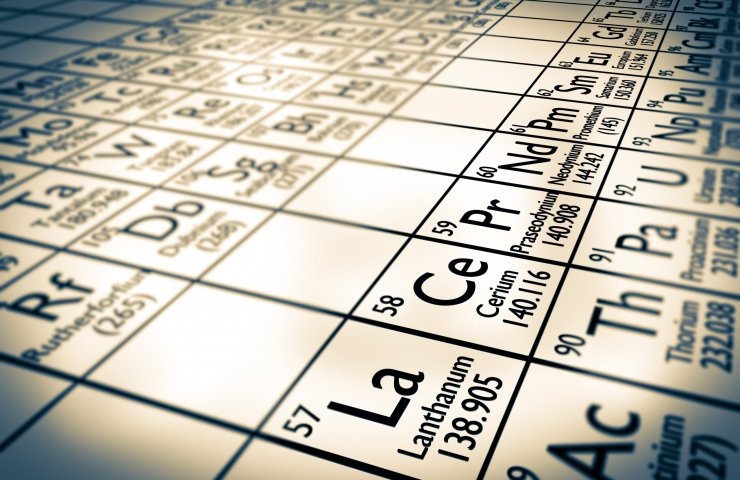 Cerium, neodymium, lanthanum, praseodymium, yttrium and dysprosium are the most commonly used rare earth elements. The market is driven by the growing demand for these products in the manufacture of magnets and catalysts for the automotive industry. Cerium is widely used as a catalyst in automobile catalytic converters, while neodymium and praseodymium are used in the production of batteries for electric vehicles.

According to the International Energy Agency, the global fleet of electric vehicles exceeded 5 million in 2018, which is more than 63% more than in 2017. Growing demand for electric vehicles to reduce 2 emissions is expected to drive the use of permanent magnets in battery manufacturing. Rare earth permanent magnets based on neodymium and praseodymium are mainly used in the manufacture of batteries.

According to data released by OICA, from 2016 to 2017, sales of the automotive industry as a whole increased by 3%. The growing demand for cars allows manufacturers to maintain a balance of supply and demand, thereby increasing production. This is expected to boost demand for catalytic converters as they are used to reduce harmful exhaust emissions from vehicles, thereby driving the use of rare earths in the coming years.

Cerium and lanthanum catalysts are used in refining to convert petroleum into gasoline. Fluid Bed Catalytic Cracking (FCC) uses catalysts to prevent the deactivation of metals and stabilize the zeolite structure during oil distillation. Sales outside the FCC increased 3.2% from 2017 to 2018. This is expected to spur demand for catalysts, thereby fueling market growth during the forecast period.

China is a major producer and consumer of rare earths. To maintain self-sufficiency and meet future demand, China is raising export duties on rare earths supplied to countries including the United States, Japan, India, Brazil and the European Union. This has led to a gap between supply and demand in these countries, as they mainly depend on imports from China.

According to IPC, China cut its rare earths exports by 72% in the second half of 2010 to maintain its dwindling reserves. The country continues to supply rare earths in reduced quantities, thereby affecting industries such as the automotive, oil and gas and electronics industries that require high levels of rare earths.

Cerium was the leading segment, accounting for 42.87% of 2018 volume. Growth in the automotive industry is expected to drive demand for cerium and, in turn, the cerium market. Cerium is used in the automotive industry as a catalyst in exhaust catalytic converters to reduce emissions. It is also used in nickel-metal hydride batteries. The growing demand for hybrid vehicles is expected to positively impact the demand for rare earths in the forecast period.

Dysprosium is mainly used as an alloying agent in neodymium-iron-boron (Neo) permanent magnets. Neomagnets are widely used in a variety of end-use industries including transportation, energy, aerospace, medical, defense, and industrial applications. The growing demand for neo-magnets is expected to drive the dysprosium market during the forecast period.

Gadolinium is expected to be driven by growing demand for nuclear reactors. It is used as a neutron absorber in fresh fuel to control and regulate the reactivity of a nuclear reactor core. Several investments are taking place in the nuclear energy market, leading to an increase in the demand for gadolinium. For example, in December 2018, the Department of Energy's Oak Ridge National Laboratory (ORNL) announced plans to partner with six new industry projects to develop commercial nuclear power technologies. This collaboration will be supported by the Department of Energy (DOE), which has announced $ 14 million in fusion energy research and $ 18 million in energy conversion technologies.

Praseodymium is expected to grow by an average of 6.4% in physical terms from 2019 to 2025. It is used as an alloying agent with magnesium to produce high strength metals for aircraft engines. The increase in the number of travelers to various parts of the world is expected to increase the demand for aircraft. In February 2017 GE Av