WHO believes that further circulation of the COVID-19 virus is likely to "lead over time to the emergence of numerous new mutations." 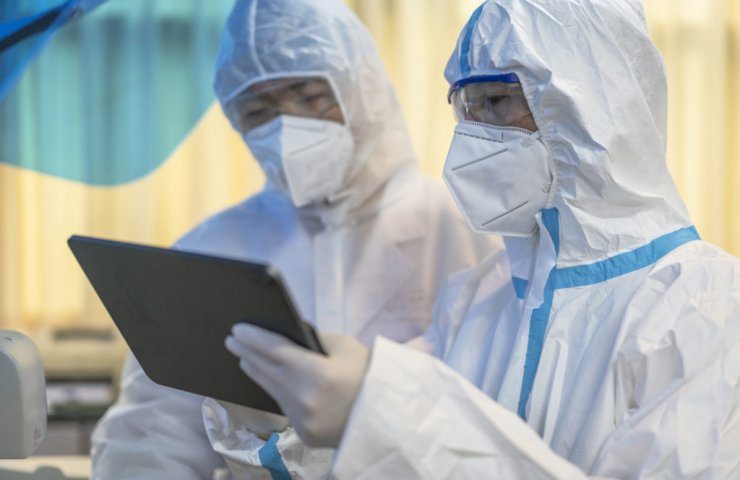 The European Bureau of the World Health Organization (WHO) called on countries in the region to be vigilant in connection with the detection in the UK of a new variant of the coronavirus, SARS-CoV-2. WHO experts do not exclude that the "British strain" is just the first sign. They fear the emergence of numerous new virus mutations.

On the emergence of a new variant of the SARS-CoV-2 virus, the British authorities notified the WHO on December 14, saying that a number of genetic changes had been identified in it. As of 13 December 2020, a total of 1,108 cases of the novel coronavirus have been reported in England, mainly in the southeast of the country.

Scientists in the United Kingdom, according to British authorities, are urgently undertaking a number of additional epidemiological and virological studies to further determine the consequences of any change in the properties of the virus, including in terms of transmission, severity of the disease, the body's immune response or the effectiveness of the vaccine.

“The new variant of the virus identified in the United Kingdom has several combinations of mutations, especially in the S gene, and there are early indications that the variant may be more easily transmitted from person to person,” the WHO said in a statement. Its authors note that today it is extremely important to adapt testing systems to the mutated virus.

WHO experts cannot yet say whether the new vaccine will be effective against the new strain identified in the UK. They urge not to speculate, but to wait for the results of the research of scientists.

The WHO believes that the further circulation of the COVID-19 virus is likely to "lead over time to the emergence of numerous new mutations." That is why experts call for timely identification of any new variants of the virus and, in particular, increase the volume of sequencing of SARS-CoV-2 viruses, exchange data on their sequences at the international level and report cases of mutations.

“It is very important to stop the spread of the virus at its source. It is necessary to keep in force all the basic sanitary, anti-epidemic and restrictive measures that have proven their effectiveness, "the WHO emphasizes.

The organization's experts are confident that the more people are vaccinated, the more the circulation of the virus will decrease, and as a result, the potential for the emergence of new mutations and variants will decrease.

Recommended:
SE "VostGOK" will not return to operation uranium mines from January 4, 2021
Ukrmetallurgprom clarifies data on iron and steel smelting in Ukraine for 2020
Eurasian Commission has extended import duties on Ukrainian stainless pipes
On this topic
Revealed the cause of high mortality from coronavirus in patients with diabetes
WHO Special Envoy for COVID-19 Says Third Wave of Pandemic Threatens Europe
Why you shouldn't be afraid of virus mutations, is it dangerous to travel during a pandemic and
The UN believes that the world did not hear the warnings of the Global Preparedness Monitoring
Yuzhmash told whether it is possible to launch reusable rockets from the Black Sea
Who published the results of a study of the effects of climate change
Add a comment
Сomments (0)
News Analytics
Ukraine failed to prove dumping by Russian aluminum wheel manufacturers21-01-2021, 17:03
Ukrzaliznytsia acquired 28 new passenger cars in 2020 and repaired 140621-01-2021, 16:21
Mariupol commercial port showed a rare video of the snow-covered Azov sea21-01-2021, 14:25
The head of the State Geological Survey of Ukraine offered ArcelorMittal Kryvyi21-01-2021, 13:07
Ukrainian consumers increased purchases of rolled metal products by 4.4% in 202021-01-2021, 13:42
China will overtake the United States to become the world's largest economy in27-12-2020, 12:04
The shortage in the US steel market will last at least until the end of the25-12-2020, 11:36
Steel production in China to surpass one billion tons this year23-12-2020, 10:59
Iron ore prices hit seven-year high and continue to rise15-12-2020, 10:26
Prices for metallurgical raw materials continue to rise in regional markets10-12-2020, 11:32
Sign in with: