The head of the WHO European Office announced the crisis in the mental health of the population as a result of the pandemic. 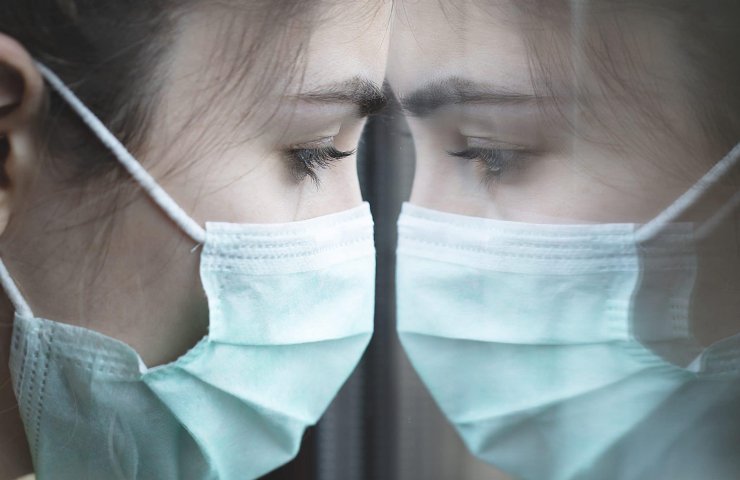 Fear of being infected, fears for the health of loved ones, quarantine, unemployment, financial problems, social isolation - according to experts, the consequences of the pandemic on the mental health of the population will be felt for a long time. This was announced today by the head of the European Bureau of the World Health Organization, Dr. Hans Kluge.

He recalled that according to surveys conducted by the International Labor Organization, every second young person aged 19-29 experiences anxiety or depression. The trend also applies to other age groups, according to a WHO representative. In the winter months, such ailments in general are often exacerbated, and against the background of a pandemic, they can become an even greater threat to public health.

He suggests mobilizing social resources to support the most vulnerable groups of the population. In addition, the head of the WHO Office for Europe urged governments in the region to invest in programs to protect people's mental health.

WHO recommends spending the holidays at home

“The safest thing now is to celebrate the holidays at home,” urged Dr. Hans Kluge. - Remember that even when you are apart from loved ones, you should not feel lonely: communicate, correspond, call up, support each other!

"Now the main thing is safety and health," he stressed. - Vaccines are on the way, so we can hope for a better future. We have to endure for a few more months, but then we will have reason to be proud that we have shown responsibility. ”

Recommended:
Hyundai to replace batteries in 82,000 Kona and Ioniq electric vehicles due to spontaneous combustion hazard
In 2020, the largest metallurgical companies in Russia reduced steel production by 2.4%
Eurasian Resources Group Supports Fund to Prevent Child Labor Exploitation in Mining Communities
On this topic
How the reform of the electricity market in Ukraine can lead to a collapse and what to do about it
Stopped nuclear power plants and mines. What's going on in the energy sector of Ukraine?
How to celebrate religious holidays in the era of pandemic COVID-19?
Mental health in crisis: who recommendations
Who published the results of a study of the effects of climate change
Top 10 digital trends in the global steel industry
Add a comment
Сomments (0)
News Analytics
European officials urge World Bank to stop fossil fuel investment27-02-2021, 13:00
China's machinery industry demonstrates robust growth27-02-2021, 13:15
Higher Yields on US Bond Leads to Sharp Drop in Cryptocurrency Price27-02-2021, 12:32
In war-torn Syria, robotics courses for girls open27-02-2021, 11:13
Fitch Affirms Ukraine's Rating At "B " With Stable Outlook27-02-2021, 11:10
Increase in prices is forecasted in the markets of steel raw materials -26-02-2021, 09:25
Troy ounce of gold will drop $ 500 in two years - Fitch25-02-2021, 18:29
Global iron ore production growth to outstrip cumulative production in India23-02-2021, 10:22
Fitch Ratings Warns of “Shocking Impact” on Fossil Fuel Exporters18-02-2021, 14:44
Raw material prices rise by about 10.5% in January 2021 - Deutsche Industriebank12-02-2021, 10:48
Sign in with: