Beijing waited until the last day of the Donald Trump administration to impose sanctions on officials working in the White House. China accuses them of interfering in internal affairs and undermining US-China relations. 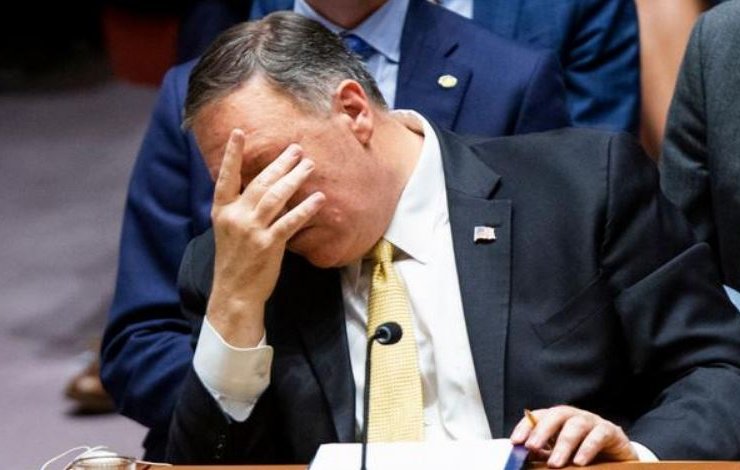 China has imposed sanctions against 28 American officials who were part of the administration of former US President Donald Trump. reports Global Times (a subdivision of the People's Daily, an official resource of the Communist Party of the People's Republic of China) with reference to the Foreign Ministry's statement.

Beijing said that the sanctions were applied to officials "who seriously violated China's sovereignty and who bear the main responsibility for such US actions on issues related to China."

“Some anti-Chinese politicians in the United States, out of their own selfish political interests, prejudices and hatred of China, showing no respect for the interests of the Chinese and American peoples, planned and took insane steps, interfered in the internal affairs of China, undermined the interests of the PRC , insulted the Chinese people and harmed Sino-American relations, "- this is how the Trump administration's policy was described in the Chinese Foreign Ministry.

The sanctions imply a ban on Chinese companies and individuals from doing business with those on the "black list". Also, those against whom the sanctions are imposed are prohibited from visiting China.

Recommended:
Chinese probe "Tianwen-1 " entered orbit around Mars
Thyssenkrupp plans major investment in its steel division
The Ukrainian government will close two coal mines in Donetsk and Lviv regions
On this topic
Belarus bought the first batch of oil in the United States
USA is ready to supply oil to Belarus at a competitive price
The head of the Pentagon: concrete evidence that Iran is preparing attacks against the American
Los Angeles Times: a Perfect storm in the American market of steel
How long will the ceasefire in the trade war between China and the United States last?
Business confusion between Europe and the United States
Add a comment
Сomments (0)
News Analytics
Британские профсоюзы опасаются потерять тысячи рабочих мест из-за финансовых03-03-2021, 10:58
Операторы газопроводов Австралии начали добавлять в природный газ водород03-03-2021, 10:56
The United States expands the list of organizations associated with the03-03-2021, 09:15
Canada's economy plunges record 5.4% in 202002-03-2021, 21:42
UN Secretary General has called coal mines a past, from which it is time to02-03-2021, 20:44
Spread between raw materials and high strength alloy steel in Europe increased01-03-2021, 20:21
Increase in prices is forecasted in the markets of steel raw materials -26-02-2021, 09:25
Troy ounce of gold will drop $ 500 in two years - Fitch25-02-2021, 18:29
Global iron ore production growth to outstrip cumulative production in India23-02-2021, 10:22
Fitch Ratings Warns of “Shocking Impact” on Fossil Fuel Exporters18-02-2021, 14:44
Sign in with: