In the United States expressed concern about the increase of arable land in the Russian Federation and the significant influence of Russia on the world food security. 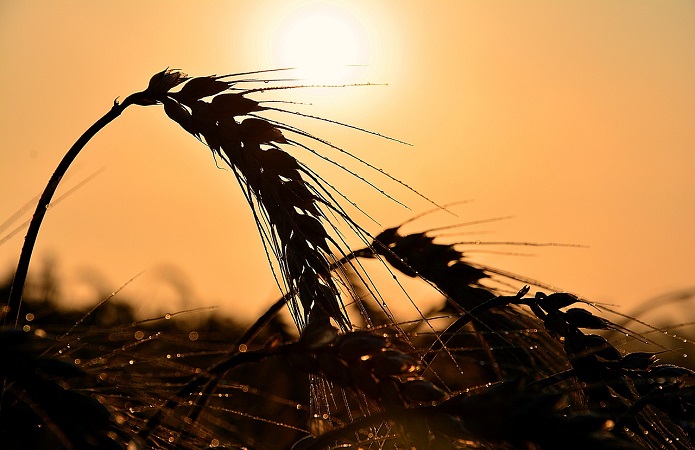 Russia could use its exports of wheat for enforcement policy decisions of other countries whose food insecurity caused by climate change leaves them with few options writes edition of the National Interest.

"Russia has established itself as an experienced player in a hybrid war and used their other resources, such as fossil fuels, as a weapon. Considering the creative use of Russia's resource of power, its role in world wheat markets a concern," noted the U.S. analysts.

as an example, the experts of the National Interest lead to the introduction of quotas for exports of wheat and other crops in the conditions of coronavirus COVID-19.

Now Russia is the largest exporter of wheat in the world. Due to global warming Russia will be able to introduce new agricultural land by 2028 to begin to control 20% of the world export grain market.

"Desertification, hurricanes, severe drought, or even another pandemic caused by melting permafrost will have cascading consequences for global food security. In an increasingly unstable world, Russia will likely be more situations in which it may limit grain exports", - told in the National Interest.

According to the newspaper, the outbreak of coronavirus accelerate the onset of consequences of the climate crisis. The next ten years are the last chance for the world to achieve the very modest goals of the Paris agreement to slow global warming.

"World leaders must turn this public health and economic crisis into an opportunity to seriously tackle the climate crisis ... Adaptation and sustainability require an innovative and proactive approach to food safety. Russia has shown that it will not be a reliable source of grain next time she will be exposed to a pandemic or extreme weather conditions", - concluded in the National Interest.

the Quota of 7 million tons on the export of wheat, corn, rye, barley was introduced in Russia from 1 April to 30 June, ie before the end of the season. The quota led to a slowdown in shipments abroad of this product. According to experts, grain exports in the new season, which started in July 2020 may be close to a record.

Recall that in connection with the coronavirus restrictions on grain exports imposed and Kazakhstan. By order of the Minister of agriculture of this country from 2 April 2020 was introduced temporary quantitative restrictions (quotas) on the export of certain food products, including milling wheat and wheat flour. The mechanism of quota provides for the obligation of exporters to supply to the domestic market of wheat and flour at fixed prices, in the amount of 30% of the declared exports.

Ukraine has not imposed any restrictions on grain exports, but farmers themselves have reduced sales to foreign clients in the hope of further price increases. The volume of grain export from Ukraine since the beginning of 2020 as of July 17, 2020 amounted to 719 thousand tons, which is 57% lower than last year (1.7 million tons). So, wheat since the beginning of the season exported 159 thousand tons, which is 50% below last year's volume (322 thousand tons).

Recommended:
A draft National Energy Efficiency Action Plan appeared in Ukraine
Prices for metal products and scrap metal began to fall in China
Supervisory Board of Novokramatorsk Machine Building Plant dismissed the chairman of the board
On this topic
WHO Representative in Ukraine sent an open letter to the authorities and citizens of the country
The UN called for the respect of human rights in controlling the spread of coronavirus
The suspension of oil production in Libya has caused extreme concern to the UN. Why?
Relentless degradation of the coal industry. Close Ukrainian mines?
The cannabis industry is turning into a growth technology
Steel Musel is crucial in the production of champagne
Add a comment
Сomments (0)
News Analytics
A decrease in business activity is observed in the regional markets for25-09-2020, 15:24
Prices for metal products and scrap metal began to fall in China25-09-2020, 12:14
COVID-19 pandemic plunges global labor income by $ 3.5 trillion24-09-2020, 20:51
The price of electricity for Ukrainian metallurgists turned out to be twice as24-09-2020, 20:47
The 30 millionth LADA car rolled off the assembly line of AVTOVAZ (Video)24-09-2020, 18:12
Iron ore prices to surpass six-year high soon16-09-2020, 10:32
World Oil Demand Peak May Be Over - BP15-09-2020, 09:05
China expands car market capacity by increasing demand for steel and metals11-09-2020, 10:56
Prices continue to rise in the long and flat steel markets08-09-2020, 14:25
Difference between ferrous and non-ferrous metal28-08-2020, 13:45
Sign in with: