What steps will have to take the steel and iron ore companies, in order to maintain the pace of development in the conditions of falling prices. 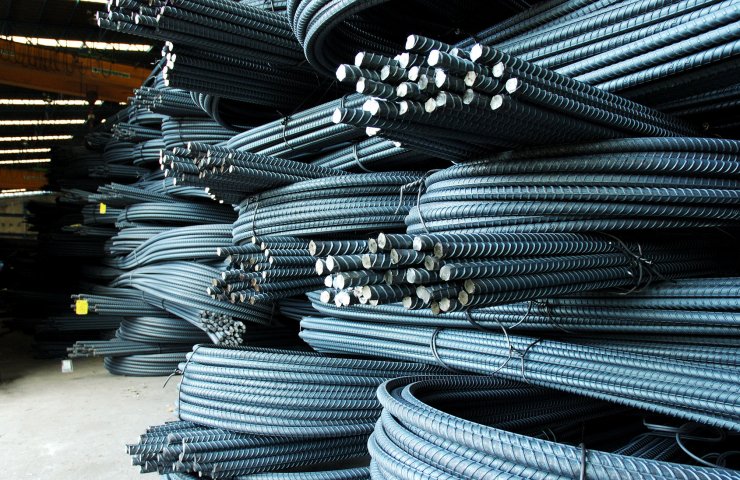 In recent years, the global steel market is experiencing tension: demand is slowing, tougher competition, increase excess capacity, increasing the number of trade restrictions, totally revised quotas, duties. The current situation on the steel market is not optimistic. Steel and iron ore companies, in order to maintain the pace of development, will have to make non-trivial decisions.

For the first nine months of the current year crude steel production on the planet showed, according to the World Steel Association, seems to be a good result: it increased by 3.9% (compared to the same period in 2018), to 1.4 billion tons, and in Asia, steel production rose 6.3%, to 1 billion tonnes. While China had recorded a jump by 8.4%, to 748 million tons in India — an increase of 3.5%, to 84 million tons in the United States — by 3.2%, to 66 million tons.

According to Rosstat, the production of iron ore concentrate in the first nine months grew by 2.8%, but the mirror and the smelting of pig iron decreased by 1.8% to 38.2 million tons.

these data lies gaining momentum stagnation. According to American Iron and Steel Institute, in January—September, imports of steel products in the U.S. declined by 13.7% to 20.5 million tons, including rental — by 16.1%, to 15.3 million tons. Moreover, American Iron and Steel Institute predicts a further decline of import by 10.7%, to 27.3 million tonnes, and 12.5% to 20.4 million tonnes, respectively by the end of 2019. Dynamics of import — a signal about the deterioration in the us economy. The index of business activity in the US production in October to 48.3 points. The finding of the index is below 50 points — a negative signal for the us industry. At the same time in October, the US unemployment rate increased to 3.6% compared to 3.5% in September.

Another indicator to call the market of Turkey. As can be seen from Turkish Steel Producers Association, Turkey reduced the import of steel products by 23.6% to 9.1 million tons. Consumption dropped 25.8%, to 18.9 million tonnes, flat rolled products — by 12% to 11.1 million tonnes.

the Weakening of demand for steel is leaps and bounds in the global industry. We had orders from the automotive industry, one of the key consumers of flat steel. Sales of cars are falling in China and the European Union. In turn, reducing the number of orders led to lower prices for steel products.

against this background, a growing number of anti-dumping investigations and imposition of trade barriers. Of the latter worth a call initiated by the U.S. Department of Commerce investigation against imports of rebar from Mexico and the concerns of the Ministry of Commerce and industry of India in respect of import of flat rolled stainless steel from Indonesia.

In Russia, however, formally, things are good. However, the positive official data should not mislead: and industry, and the construction is clearly stalled. The real sector is not enough provided with money orders.

the Main question that is asked by all participants in the steel market,— what to do? Recently 16 Association of ferrous metallurgy from around the world issued a statement urging their national governments to take measures to reduce excess steel capacity: for the first half of this year, they grew by 6.5%, to 440 million tons.

Almost all countries lacking large projects can generate large effective orders of the steel industry. For Russia this problem has become more acute: the laying of "Nord stream-2" and "Power of Siberia" closer to the finale, and similar scale projects until there are no more.

it Seems that the 2020-2021 years can be a period of sagging demand. Metallurgical enterprises will be forced to reduce output of steel and rolled products output.

it is possible that the steel company will form strategic alliances with manufacturers of various steel products ranging from vehicles to railroad and appliances.

to be effective in difficult market conditions, the mining company will seek to reduce the cost of their products, to increase the share of value-added products, to develop resource - and energy-saving technologies, improve quality.

Recommended:
Ukrainian enterprises reduced the export of ferrous scrap in half
Poland closes all its coal mines for three weeks because of the new flash Covid-19
Employees of the Dutch plant Tata Steel announced an indefinite strike
On this topic
The world meteorological organization announced a new climate reality
5 signs that the global economy is hurtling towards recession
On the background of sharp reductions in the steel mill at NLMK USA workers demand the abolition of
Los Angeles Times: a Perfect storm in the American market of steel
Япония и Южная Корея рассорились окончательно
Темпы экономического роста Еврозоны растут: передышка или переломный момент?
Add a comment
Сomments (0)
News Analytics
Yuzhmash successfully tested a rocket engine upper stage "Cyclone-4" (Video)03-07-2020, 19:52
Air Products and Tyssenkrupp will work together to sell "green" hydrogen03-07-2020, 14:50
Transshipment of ore in the port Yuzhny increased for the six months 80%03-07-2020, 11:57
Dneprovskiy metallurgical plant has completed a major repair of sinter machine03-07-2020, 11:07
Celsa Steel received from the British government's emergency funding of 3003-07-2020, 09:22
Steel prices in southern Europe are rising, despite weak demand23-06-2020, 10:54
Analysts expect strong demand growth for steel in China10-06-2020, 11:57
Global steel consumption in 2020 will be reduced by 6.4% - Worldsteel04-06-2020, 13:53
American steelmakers are faced with an unexpected problem associated with the14-05-2020, 09:09
Relying on the incentives, Chinese steelmakers increase production30-04-2020, 10:20
Sign in with: