The introduction of certain conditions on the electricity market for "green" electrometallurgy, namely, the payment of a reduced transmission tariff, may create financial risks for the operation of another "green" direction - the renewable energy sector.

Such a threat, according to the co-chairman of the Energy Committee of the European Business Association and owner of the company "Windcraft Ukraine" Karl Sturen in a publication for the agency ExPro , makes it necessary to look more critically at the feasibility of introducing incentives for" green "electrometallurgy and to finalize this initiative. 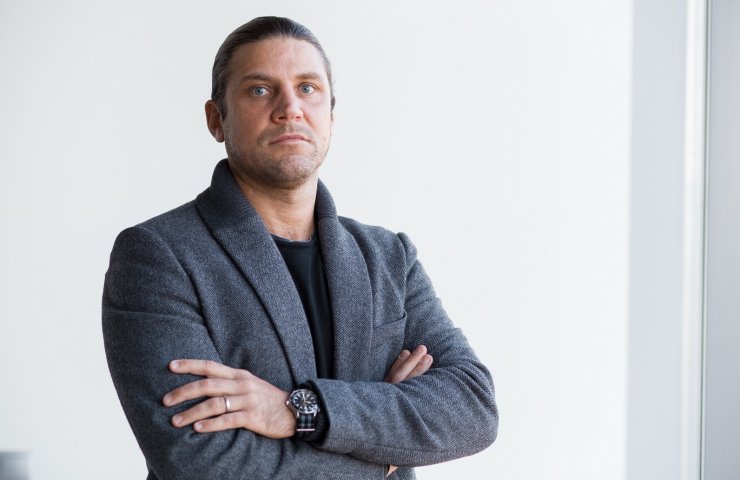 Distortions and problems of the electricity market threaten the energy security of Ukraine. And instead of removing cross-subsidization, government agencies provide incentives to certain niche industries.

Now the executive authorities have intensified their work on introducing a large number of amendments to the regulatory legal acts aimed at fulfilling Ukraine's international obligations to combat climate change. One of these initiatives was the development by the Ministry of Economic Development, Trade and Agriculture of a draft resolution, which is proposed to approve the procedure for issuing a certificate of the so-called "green" electrometallurgy.

The main goal of the draft resolution is to ensure that enterprises, the level of carbon dioxide emissions of which is no more than 250 kg per ton of products, receive the status of a green metallurgy enterprise, confirmed by a certificate.

This concept, quite new for Ukraine, appeared in the legislation last summer and was supposed to motivate enterprises to reduce the negative impact on the environment of their production. Of course, such legislative changes could be favorable if their implementation did not affect the distortion of the mechanisms of the electricity market.

First of all, we are talking about cross-subsidization. One of the advantages of the corresponding status is the receipt of a preference for paying the tariff of the transmission system operator in the part aimed at increasing the share of "green" energy in Ukraine. Here I want to note that the priority in the development of alternative energy has also been chosen to counteract the negative consequences of climate change, therefore, the development of one direction aimed at decarbonization should not negatively affect the development of others.

What numbers are we talking about? According to preliminary calculations, the total level of electricity consumption by potential enterprises of "green" metallurgy is about 900 million kWh, which will lead to a decrease in the level of payment for the transmission tariff by about UAH 180 million. That is, other enterprises of the metallurgical sector will have to pay an additional 0.2 UAH /kWh, including the transmission tariff.

Given the general economic downturn and the need to support industry, such cross-subsidies will contribute to distorting the stable operation of the entire electricity market. Therefore, in general, while supporting the government's initiatives aimed at improving the environment, I believe that the choice of tools should be quite critical.

For example, in the European Union, the term “green” metallurgy began to be actively used only with the start of the Green Steel for Europe and Green Metallurgy Project, which provide a comprehensive strategy and a step-by-step implementation plan, instead of targeted legislative changes. In connection with this practice in the EU, as well as the critical situation on the electricity market, I believe that the introduction of norms for green metallurgy enterprises is hasty and requires careful revision.

Recommended:
Ukraine invited the Austrians to invest in the extraction of lithium and titanium
Interpipe has completed the shipment of over 1,000 tons of UPJ-F premium connections
Oleg Gladkovsky's corporation "Bogdan Motors" is suing the People's Deputy of the Verkhovna Rada
On this topic
UN Secretary General urged to declare a state of emergency in the field of climate and proposed six
How Tesla became the world's most valuable automaker
Saudi Arabia plans to sequester budget by 20% to win a price war in the oil market
The wind became the most popular source of renewable energy in the United States
5 signs that the global economy is hurtling towards recession
Airbus: 50 years of aviation history
Add a comment
Сomments (0)
News Analytics
China's Non-Ferrous Metals Sector Records High First Quarter Profits08-05-2021, 15:43
Copper price rises to a record high08-05-2021, 10:17
Dneprotyazhmash manufactures technological equipment for DMK07-05-2021, 10:07
The National Bank of Ukraine will sell 46 tons of scrap metal from obsolete07-05-2021, 10:10
Dnieper Metallurgical Plant DCH Steel in April reduced steel production by 2.8%07-05-2021, 09:18
The current state of the market is ideal for the sale of rolled steel - IREPAS04-05-2021, 18:41
Global hydrogen demand to grow 7-fold by 2070 - PwC21-04-2021, 12:31
World Steel Association predicts a good year for metallurgists15-04-2021, 18:19
World Steel Association defines green steel and its variations12-04-2021, 13:14
China unlikely to cut steel capacity in 2021 due to high steel prices07-04-2021, 12:11
Sign in with: