How Tesla became the world's most valuable automaker

Watching what is happening with Tesla has become a real attraction. It is equally interesting to follow ups and downs. Understanding how all this affects the world car market. 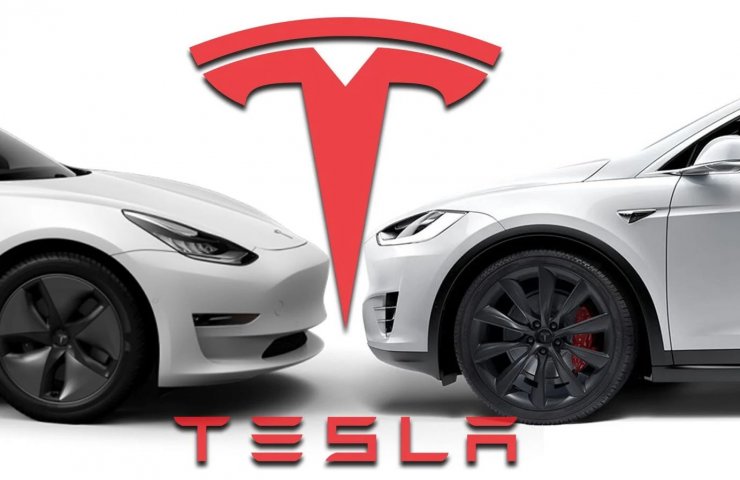 Most expensive or most overpriced?

In July, Tesla became the most expensive automaker in the world, overtaking Toyota: its capitalization amounted to $ 209 billion, and by the end of August it doubled to $ 400 billion. At the same time, Tesla produced 367 thousand cars last year, and Toyota - 10 , 74 million

The company also overtook Johnson & Johnson and IBM, some of the largest corporations in the world. Over the year, its shares have risen in price sixfold - by 760% (up 400% since the beginning of the year), and now Tesla is worth more than the GDP of Israel, Ireland and Hong Kong. The head of the company, Elon Musk, has risen to the third line in the ranking of the wealthiest people in the world, according to Bloomberg.

Tesla and other automakers market capitalization as of September 1, 2020

But capitalization is not equal to real profit: it is just an estimate of the demand for shares. It can change dramatically from day to day, influenced by a variety of factors. One of these factors is Elon Musk himself, who often makes outrageous statements and disrupts the deadlines for important projects.

Musk recently called his company "overvalued." Doubts arise not only for him: many experts consider Tesla to be another "bubble". The company's phenomenal growth began in the second half of 2019, for the first time in 17 years. Last year alone, it lost $ 862 million in losses.

Elon Musk loves to write provocative posts on his Twitter. In this he is similar to US President Donald Trump. In both cases, tweets lead not only to media buzz, but also to tangible economic consequences.

The most scandalous is the tweet from August 2018, when Musk promised to privatize Tesla if the share price rises to $ 420. This figure is popular with marijuana lovers: it is customary to smoke it at 16:20. Because of this, social networks began to write that Musk was posting tweets under the influence of marijuana:

The shares began to grow rapidly, and trading had to be stopped so that the company would not be accused of speculation. The Securities Commission intervened. As a result, Musk had to pay a $ 20 million fine, and the company paid another $ 20 million. He was forced to step down as chairman of the board of directors and continue to coordinate his tweets with management.

In July, Musk once again decided to play a trick on investors and released red sports shorts with Tesla symbols. He did it as promised when the company's capitalization exceeded $ 200 billion:

At the heart of the joke is a play on words: in English, the word shorts - shorts - is the same as short positions in the stock market. By opening them, the trader bets that these shares will soon fall. On the back there is an embroidered “S3XY” inscription - a reference to four Tesla models.

The shorts themselves were selling for $ 69,420, which is also not without reason: this is an allusion to the scandalous tweet of 2018, where Musk promised to buy Tesla shares at $ 420 apiece:

Finally, a recent tweet that Tesla shares are too expensive plunged $ 14 billion in capitalization:

Сomments
Add a comment
Сomments (0)
On this topic
Johnson & Johnson will begin testing a vaccine against the coronavirus in humans until September
Elon Musk has amazed the number of fakes on its Wikipedia page
Who declared a state of emergency is not due to the outbreak of coronavirus in China, and due to
Time magazine named ecoactivists Greta Thunberg's man of the year
Elon Musk called the family of the academician the Queen
UN Secretary General: humanity has a chance to cope with global warming
Recommended:
Marcegaglia acquires Outokumpu Long Products
Canadian scientists have proposed to "collect" CO2 from the atmosphere using railways. wagons
India's JISPL extends blast furnace maintenance indefinitely
News Analytics
China reduced steel exports in July by one million tons or 12%08-08-2022, 17:41
World steel prices have moved from a protracted fall to growth08-08-2022, 16:27
Ferrexpo's net profit in the first half of the year decreased by 88%03-08-2022, 10:20
Ukrainian gas transportation system allowed to pump biomethane03-08-2022, 10:18
The strategy for the development of Russian metallurgy will be "quickly02-08-2022, 14:02
The US market may begin a collapse in prices for thick sheet14-07-2022, 09:39
High iron ore shortage could halt metallurgy's green transition28-06-2022, 14:02
Price volatility hits global steel market27-06-2022, 19:28
Recovery in China could be key to rising global steel prices - MEPS24-06-2022, 14:00
Conflict in Ukraine spurs Europe's drive for clean energy03-06-2022, 12:14
Sign in with: