Plasma cutting of metal: the principle of the plasma cutter

Cutting with such an arc is very fast, and as a result of the work, only sagging remains, which can be removed without any problems. 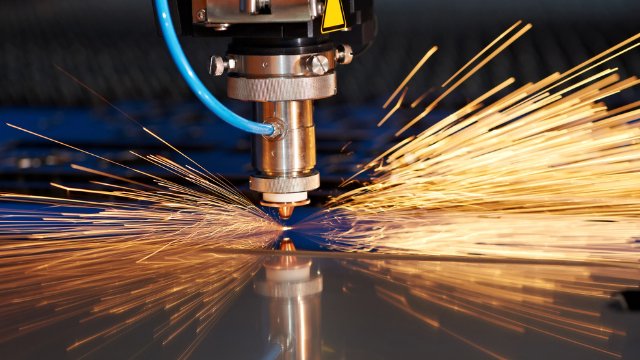 The plasma cutter is based on the flow of ionized gas, which is heated to an extremely high temperature. This jet heats the metal, but the usual electric arc, which forms between the work surface and the nozzle of the cutter, is not enough to make an even cut. For this, gas is additionally supplied to the working area, which creates a plasma with a temperature of up to 30,000 degrees. Among the advantages of this technology, the special accuracy and accuracy of the performed cuts stands out, so most industries are trying to introduce modern plasma cutters to their facilities.

Standard plasma cutters are designed in such a way that the temperature of the cutting element allows cutting the material as quickly as possible, therefore, even materials with high thermal conductivity simply do not have time to get very hot and deformed. As for the operation of the device itself, they can operate both from a standard 220 V network and from a 380 V network, which is more often used at industrial facilities. In the second case, it is possible to process especially thick products. When a current enters the plasmatron, an electric arc arises between the cathode and the anode. In order to create a plasma, the compressor supplies air through special hoses to the arc, but also, along with the injection of air, its vortex occurs at the same time. Due to this, the electric arc is ionized and reaches a state of extreme heating. But this is a so-called pilot arc, whereas to obtain a working arc, you need to connect the workpiece cable to the workpiece. And as soon as the plasma torch is brought to the product, the necessary working arc will be formed. Cutting with the help of such an arc occurs very quickly, and as a result of the work, only nodules remain, which can be removed without problems. The transfer of the arc from the operating mode to the duty one occurs after the contact with the surface is broken. After turning off the machine, it is important to purge the system with air to remove any debris.

What are the characteristics of plasma cutters?

Choose plasma cutting machines it is possible according to the flow temperature, which varies from 5000 to 30,000 degrees. It all depends on the material being processed. Also, the suitable flow rate, gas characteristics, the width of the resulting cut and the productivity of the apparatus depend on the properties of the material.