ZVO offers reliable and durable belt scales that can work in the most difficult and aggressive conditions. Favorable prices. 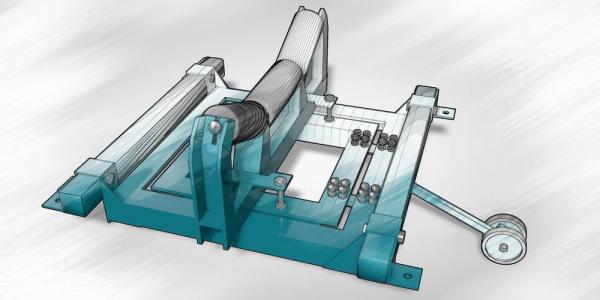 Belt scales are not the most noticeable, but the most important companion of conveyor production. The resulting products often need to be weighed, and for this purpose a special device is needed. Conventional weighing equipment measures static mass, dynamic equipment monitors changes. But the conveyor is a moving belt, so an important part of the scale for it is a computational module that not only tracks the mass of the load on the belt at a time, but also calculates the total weight of what is moving along the conveyor.

Scales for the conveyor are not used independently, and also structurally they are very much dependent on the type of equipment on which they are used. For these reasons, they are classified by the name of the conveyors themselves. The implementation of such devices also depends on the design of the conveyor lines.

In the general case, the belt scales are arranged as follows: under the load-receiving belt there are carrier rollers. Strain gauges are also located there. They are the ones who perceive the received load, and then send the results of their measurements to the terminal. The box with it contains the computing module. Each cargo that moves along the belt is weighed repeatedly, so the accuracy of the weighing equipment depends on how thoughtful the decision was to calculate the weight of the cargo in any one area.

Belt scales differ from ZVO in that they are installed without violating the integrity of the conveyor : no need to cut its metal structures. All parts of the weighing equipment are reliably protected from dust and moisture by means of housings. Flexible options for customizing results and reporting, transferring them over the network and printing them to paper.

To buy conveyor scales, you can learn more about their characteristics on the website uzvo.ru. It contains the most detailed technical information, as well as the price of the conveyor scales.

All equipment models comply with quality standards and have safety certificates, they can operate in hazardous and aggressive environments, they are durable and reliable devices.