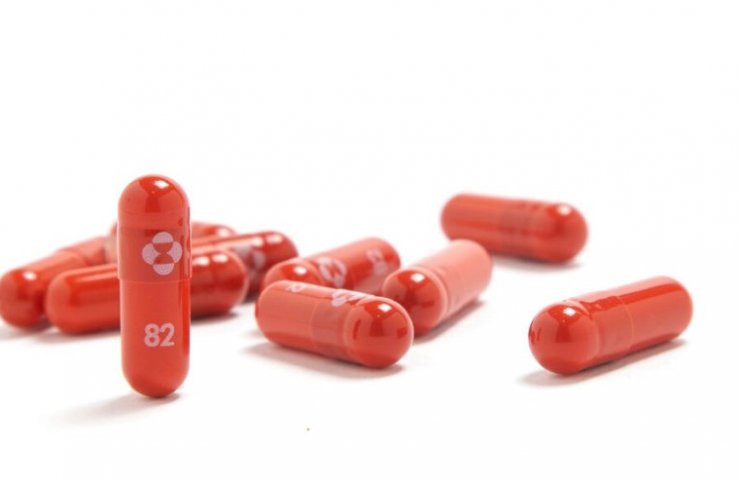 The UK has given approval for the use of Merck antiviral drug against coronavirus. It is the first pill drug proven to successfully treat COVID-19.

A drug known as molnupiravir is intended to be taken at home by people with mild to moderate COVID-19, twice a day for five days.

Antiviral pills that reduce symptoms and accelerate recovery could be revolutionary, reducing the burden on hospitals and helping contain outbreaks in poorer countries with fragile health systems. It will also strengthen a two-pronged approach to the pandemic: treatment with drugs and prevention, primarily through vaccination.

Molnupiravir is also pending regulatory review in the US, Europe and other countries. Last month, the US Food and Drug Administration announced that it would convene a panel of independent experts to study the safety and effectiveness of the pills at the end of November.

Initial shipments will be limited. Merck said it could deliver 10 million treatments by the end of the year, but most of that offer has already been procured by governments around the world.

In October, UK officials announced they had secured 480,000 courses of molnupiravir and expect thousands of vulnerable Britons to access treatment this winter thanks to a nationwide study.

“Today is a historic day for our country as the UK became the first country in the world to approve an antiviral drug that can be taken at home to treat COVID-19,” said UK Health Minister Sajid Javid.

“We are working at a pace across the government and with the NHS to develop plans for early introduction of molnupiravir to patients as part of a national study,” he said in a statement, citing the UK's National Health Service. The doctors said that treatment will be especially important for people who do not respond well to vaccinations.

The drug targets an enzyme that the coronavirus uses to replicate itself, inserting errors in its genetic code that slow down its ability to spread and invade human cells.

Last week, Merck authorized other drug makers to make its COVID-19 pills to help millions of people in poorer countries gain access. The Medicines Patent Pool, a United Nations-backed group, said Merck will not receive royalties under the agreement until the World Health Organization considers COVID-19 to be a global emergency.

Финансовая аналитика, прогнозы цен на сталь, железную руду, уголь и другие сырьевые товары. More news and analytics on Metallurgprom telegram channel - subscribe to get up-to-date market information and price forecasts faster than others.
Сomments
Add a comment
Сomments (0)
On this topic
Chondronex for joints
A new pandemic is just around the corner
What to do at the first sign of constipation
Participation in the project "Green Russia" of employees of "Kronospan"
Recommended:
Norwegian startup to build €4bn green steel plant
Interpipe reduced steel production and sharply reduced capital investment
UK is ready to give 300 million pounds to save British Steel
News Analytics
British scientists have found a way to cut CO2 emissions from steel production28-01-2023, 23:49
European steel price rise that began in January will be short-lived - MEPS26-01-2023, 14:44
Steel production in China rose in the first decade of January26-01-2023, 12:30
UK is ready to give 300 million pounds to save British Steel20-01-2023, 21:31
Carriage building plant in Kremenchug stopped production due to debts20-01-2023, 21:11
S&P: Russia will continue to dominate the steel export market in the Black05-01-2023, 11:22
Fitch Analysts Predict Big Drop in Global Steel Consumption This Year14-12-2022, 13:59
Analysts predict 5% annual growth in the iron casting market through 203006-12-2022, 12:44
Commodity prices will fall, metals quotes will rise slightly - Focus Economics28-11-2022, 13:28
Platinum market to face shortage next year - WPIC22-11-2022, 18:25
Sign in with: