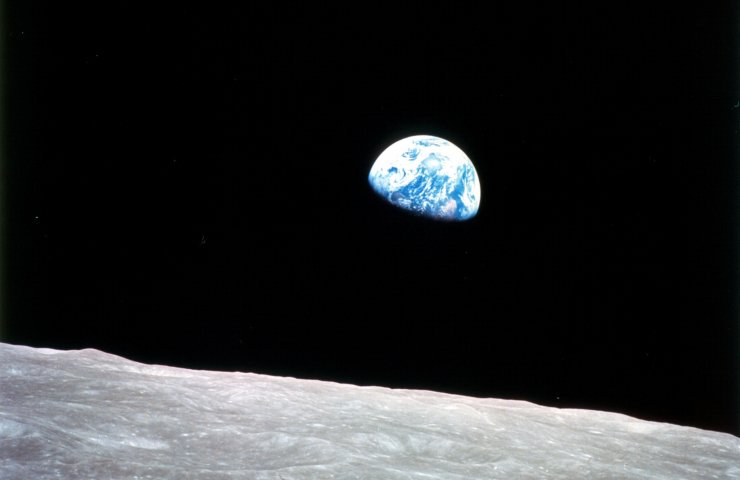 China has completed the technical feasibility study of the fourth phase of its lunar exploration program and is ready to create an international research station near the South Pole of a natural satellite of the Earth, said Wu Weiren, chief designer of the aforementioned program.

In an interview with China Space News, Wu Weiren noted that three tasks are planned within the framework of the fourth phase of the lunar exploration program: the collection of the Chang'e-6 probe and delivery of regolith samples to Earth from the South Pole of the Moon, a detailed survey of resources in the area using Chang'e-7, as well as testing key technologies on the lunar surface with the Chang'e-8 in preparation for the construction of a research station.

Wu Weiren explained that in this area, just like at the north and south poles of the Earth, there can be polar day and night, since the period of the Moon's revolution around the Earth coincides with its rotation cycle around its axis, both of which are 28 days. Therefore, it is likely that daytime at the lunar South Pole can last more than 180 days in a row, which would be very convenient for scientific research by astronauts.

Previously it was reported that China and Russia signed a memorandum of understanding on the joint construction of an international research station on the moon.

Wu Weiren believes that within the framework of this document, China and Russia will, using their experience in the fields of space science, the development and application of space equipment and technologies, work together to develop a "roadmap" for the construction of an international scientific station on the Moon, and also cooperate closely in the development, implementation and operation of this project.

"If the lunar research station project is successfully implemented, then China will be close to making a manned moon landing," Wu Weiren said, noting that Chinese scientists and engineers are now intensively working to study lunar landing methods. p>

According to him, China will consider the possibility of landing in the region of the Moon's South Pole. The task will be comparatively more difficult, but the environmental conditions in the area are better. After a successful landing, it will be possible to gradually deploy the construction of the lunar research station.

It will be about the long-term stay of Chinese astronauts on the moon, the scientist stated.

He stressed that for a successful manned landing on the Moon, it is necessary first to ensure the safety and accuracy of the landing of the probe and astronauts.

During the 14th Five-Year Plan (2021-2025), China will continue to advance the development of heavy launch vehicles and achieve breakthroughs in increasing the size and thrust of rocket engines to support deeper space exploration, Wu Weiren said. >

Recommended:
ArcelorMittal Kryvyi Rih announced the won court against the environmental community
DMZ increased its rolled products output by 16% in March
Interpipe expands the supply of railroad metal products to the North American region
On this topic
China and Russia signed a memorandum on the construction of a research station on the moon
NASA to pay robotic company Lunar Outpost $ 1 to fly to the Moon
Chinese lunar module to conduct geological exploration on Earth satellite
NASA Accelerates Mission to $ 10,000 Quadrillion Metal Asteroid
NASA has published plans to build a manned base on the moon
Steel laboratory is being built in Japan to train lunar robots
Add a comment
Сomments (0)
News Analytics
Ukraine and the United States are deepening cooperation in the trade and20-04-2021, 20:46
Nikopol pipe plant "Centravis" is approved as a supplier of the Chinese20-04-2021, 20:10
The capacity of the domestic steel market in Ukraine in January-March decreased19-04-2021, 10:33
In Russia, there is an exuberant demand for agricultural machinery19-04-2021, 10:24
Iran is satisfied with the reaction of the world community to 60% enrichment of18-04-2021, 13:24
World Steel Association predicts a good year for metallurgists15-04-2021, 18:19
World Steel Association defines green steel and its variations12-04-2021, 13:14
China unlikely to cut steel capacity in 2021 due to high steel prices07-04-2021, 12:11
Scrap metal market at the beginning of April02-04-2021, 11:10
Rising Chinese Prices Fueled Rising Global Steel Prices - MEPS25-03-2021, 18:54
Sign in with: