On November 15, 1988, Energia-Buran was launched from the Baikonur cosmodrome. This was the first and last spaceship flight. The entire flight lasted 205 minutes, the ship made 2 orbits around the Earth, after which it landed. 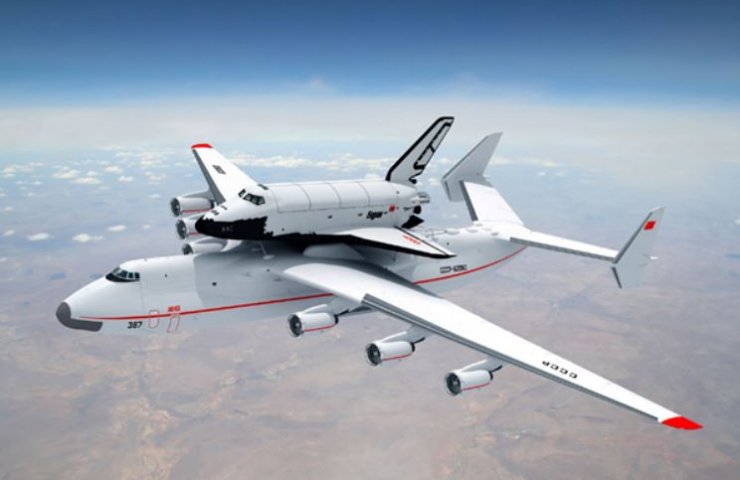 Today, February 17, marks 45 years since the start of the Energy-Buran project. This project became the highest stage in the development of Soviet rocketry, from which the history of the Zenit-2 launch vehicle and its three-stage modification Zenit-3, one of the most reliable and accurate in the world, began.

The impetus for the creation of a reusable space system in the USSR was the work that unfolded in the 70s in the United States on the Space Shuttle project. This space system was designed to launch satellites and maintain them in orbit, as well as to return satellites to Earth.

Already on the sixteenth of March of the same In 1976, it was decided to create a universal space rocket complex 11K77 ("Zenith"). The Yuzhnoye design bureau, headed at that time by the general designer V.F. Utkin, V. Komanova was appointed the lead designer of the complex, G.G. Poor man. The engines were handled by the firm of the general designer V.P. Glushko.

By that time, the history of the Zenith launch vehicle had already existed for several years. At the end of the 60s, the question arose in the USSR of increasing the number of launches to 50-100 launches per year to create a permanent space system. To do this, it was necessary to create a completely new medium-class space rocket complex. To solve the problem in December 1969, the Main Directorate of Space Facilities of the USSR Ministry of Defense, which was the customer for launch vehicles and spacecraft, provided the Yuzhnoye Design Bureau with tactical and technical requirements for the 11K77 multipurpose space complex.

Already in 1970, the design bureau released materials for a new preliminary project, in which the launch vehicle was presented in a monoblock two-stage version with a multiple launch orbital stage. The first and second stage, it was a bunch of two 15A14 combat missiles, and the third stage was a new development. The 15A14 combat missile base helped to reduce the costs and terms of launching the launch vehicle through the maximum use of the 15A14 missile production technology and without the need for additional equipment of the enterprise. This technique was widespread in those years - Yuri Gagarin, for example, flew into space on a ballistic rocket, in which the nuclear warhead was replaced by a capsule with an astronaut.

The Soviet multiple space system Energia-Buran was outwardly similar to the American Space Shuttle, but it had significant differences and indisputable advantages, namely, the location of the propulsion rocket engines not on the orbital plane, but on the second stage fuel compartment, which made it possible to have an independent launch vehicle "Energia" for launching heavy spacecraft weighing up to 100 tons.

The start of production of the new Zenit launch vehicle led to a significant re-equipment of Yuzhmash production:

The Zenith rocket complex was designed as a fully automatic system that does not require the presence of maintenance personnel at the launch site.

During the fire tests, some design issues arose, one of which was the need to create means of maintaining the launch vehicle on the launch pad. In the future, the presence of a containment system will be a significant find for the Sea Launch project, to ensure launches when the launch platform is rolling in the open ocean.

Since 1978 at the Baikonur cosmodrome, technical and launch complexes for the Zenit LV have been created. Already in July 1982, autonomous testing of ground processing equipment began.

The first launch vehicle was manufactured and handed over to the customer on December 29, 1984. Further, from 1985 to 1987, flight tests took place.

But it was not destined to get ahead of the United States with the launch of the reusable space system, on April 12, 1981 the first launch of the Space Shuttle took place. However, this is not an ost