The US Trade Representative discussed with the German Economy Minister the problem of overcapacity in the metals industry. 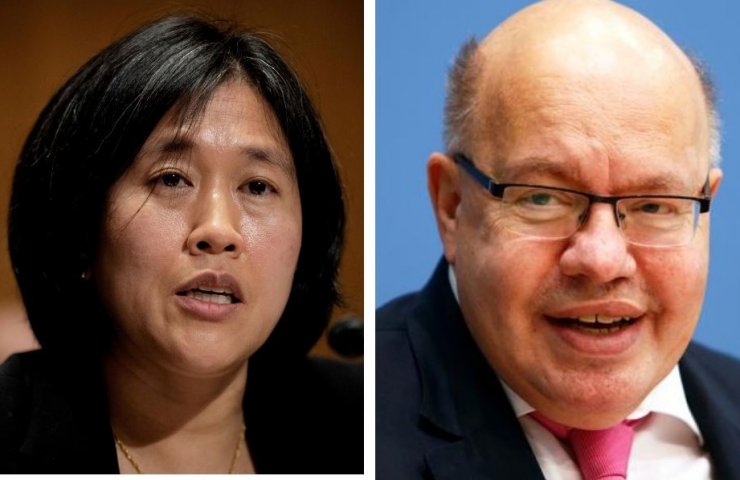 US Trade Representative Catherine Tai on Wednesday discussed with German Economy Minister Peter Altmeier the "strong interest" of the two countries in resolving a long-standing dispute between the US and the European Union over aircraft subsidies and solving the problem of overcapacity in the production of steel and aluminum in the world, said in the message of the sales representative's office.

“Ambassador Tai and Minister Altmaier discussed the importance of trade and investment relations between the two countries. They pledged to strengthen US-German cooperation on common goals related to unfair trade practices in large non-market economies. They also discussed their strong interest in resolving the dispute over large subsidies for civil aircraft, global overcapacity for steel and aluminum, and cooperation on climate change. Ambassador Tai and Minister Altmaier have agreed to regularly engage on key issues, including WTO reform, ”USTR said in a statement.

The latest available OECD data show that global steel production capacity could grow to 2,455.8 million tonnes per year. This new growth will widen the gap between production and installed capacity after a series of cuts between 2016-2019.

In 2017, under the chairmanship of Germany, the G20 countries established the Global Forum on Steel Overcapacity (GFSEC) following a decision taken at the 2016 G20 Leadership Summit as a result of a global steel overcapacity exceeding 800 million tonnes in 2015.

Recommended:
Ukrmetallurgprom asks the Antimonopoly Committee to allow Metinvest to bid for DMK
Ukrainian pipe manufacturer Centravis invests more than UAH 140 million in eco-modernization
RUSAL begins test shipments of aluminum with the world's lowest carbon footprint
On this topic
Germany gave permission for the completion of Nord Stream 2 in January - May 2021
American Steel Institute expects aggressive policy from new US Trade Representative
Tesla can count on subsidies from the German government – Minister Altmaier
The world's leading economies urged to strengthen the WTO Agreement on subsidies
Los Angeles Times: a Perfect storm in the American market of steel
In the United States has said it will continue to work to reduce Chinese methodnode
Add a comment
Сomments (0)
News Analytics
5-летним евробондам Интерпайп на $300 млн присвоен приоритетный необеспеченный12-05-2021, 16:30
Dnipro Metallurgical Plant exceeded the April production plan by 6.7%12-05-2021, 15:45
The auto industry rushed up: the production of vehicles in Ukraine increased 1612-05-2021, 15:44
The Minister of Energy of Ukraine promised today to close the issue of wage12-05-2021, 14:24
Scrap metal in Turkey is more expensive today than rebar a year ago - more than12-05-2021, 14:55
The current state of the market is ideal for the sale of rolled steel - IREPAS04-05-2021, 18:41
Global hydrogen demand to grow 7-fold by 2070 - PwC21-04-2021, 12:31
World Steel Association predicts a good year for metallurgists15-04-2021, 18:19
World Steel Association defines green steel and its variations12-04-2021, 13:14
China unlikely to cut steel capacity in 2021 due to high steel prices07-04-2021, 12:11
Sign in with: