The US President increased import duties on Chinese goods, emotionally reacting to the retaliatory measures of Beijing, which increased its duties by 5-10 percent. Economists warn of stagnation in the global economy as a whole. 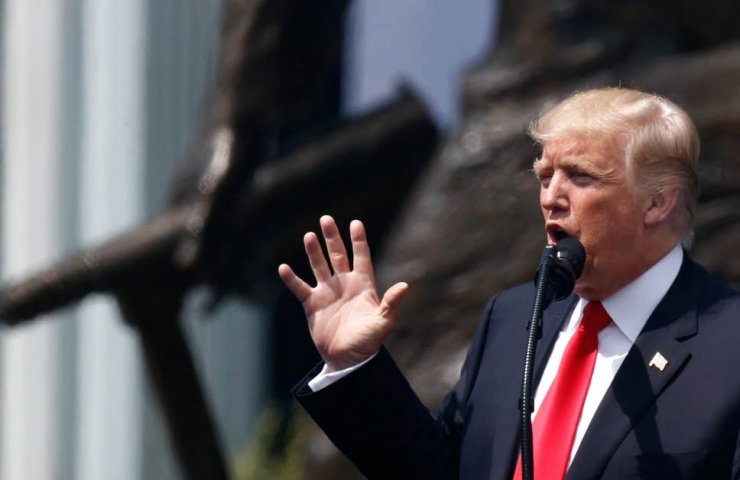 Starting October 1, US import duties on Chinese goods will be raised by 5 percent. This was stated by US President Donald Trump on his Twitter account on Friday.

The US Department of Commerce confirmed the increase in duties.

In addition, Trump demanded that American companies begin to phase out production in China and open factories in the United States.

Earlier this week, the Chinese government announced additional retaliatory duties of 5 and 10 percent on US imports in the amount of $ 75 billion. They will come into force on September 1 and December 15 of the current year.

The escalation of the trade war on Friday sharply increased Trump's political stakes, and at the same time, the new tariffs threaten to wreak even more damage on the U.S. economy.

“It has become a process with no clear goal, no clear strategy, and no clear endpoint,” said Craig Allen, President of the US-China Business Council. “And this is playing out in a significantly worsening global economic environment. This is a big uncertainty associated with the already existing uncertainty. ”

The trade war between the United States and China began in 2018 after Donald Trump imposed and increased import duties on a number of Chinese goods. In 2019, the trade turnover between the two countries decreased by almost 14.6%.

Trump tariffs have added billions of dollars to the cost of assembling cars in the US, and tariffs on Chinese-made parts have also increased costs. According to the American Action Forum, the tariff burden on US steel and aluminum buyers last year was nearly $ 5 billion. Shares of American metallurgical companies earlier this year fell sharply due to the escalation of the trade war with China.

Xi and Trump are to meet next time at the Asia-Pacific Economic Cooperation summit in Chile in November. But as the trade war still escalates, hopes for a resolution then seem far-fetched.

Former US Treasury Secretary Hank Paulson warned of the risks of war between the world's two largest economies in a speech in Singapore last November.

“I am afraid that much of the global economy will eventually be closed to the free flow of investment and trade. And that's why I now see the prospect of an economic iron curtain - one that raises new walls on each side and destroys the global economy as we know it, ”Paulson said.

Fitch Ratings estimates that a $ 300 billion increase in tariffs on Chinese goods would shrink 0.4% of the global economy.

The International Monetary Fund said last month that global trade in the first quarter of 2019 was the slowest since 2012, highlighting the greater risks to global growth if more tariffs are imposed.

Recommended:
April Global Computer Chip Sales Up 22% YoY
Ferrexpo has identified cybersecurity as the most important factor for the future of the company
Metinvest continues implementation of a large-scale industrial project at Ingulets GOK
On this topic
China and the United States held "constructive " consultations ahead of trade negotiations
The trade war between China and the United States has seriously escalated since September 1
Shares of American metallurgists rose sharply
Asia faces an influx of Chinese steel due to Washington's actions
China raises duties on American goods by $ 60 billion
USA: Winners and Losers in Trump's Trade War with China
Add a comment
Сomments (0)
News Analytics
Demand for scrap metal in Ukraine exceeds supply by 5%19-06-2021, 11:45
Ukraine resumed sea purchases of gasoline due to restrictions on supplies from19-06-2021, 11:38
Installation of the first mine hoisting machine of Uralmashzavod began in Altai19-06-2021, 11:46
European designers have learned to inflate steel structures that could be a18-06-2021, 17:42
In Ukraine, police were accused of involvement in the theft of coal from trains18-06-2021, 17:51
Vaccinations fuel demand for platinum - World Platinum Investment Council08-06-2021, 12:55
Sharp price growth continues in the rolled metal market - Ukrpromvneshexpertiza08-06-2021, 11:04
Analysts note overheating of the global scrap metal market01-06-2021, 13:28
Hydrogen-fueled steelmaking could be competitive after 2050 - McKinsey19-05-2021, 14:22
Steel raw material prices are skyrocketing across the board18-05-2021, 12:34
Sign in with: