According to the forecasts of the chairman of the board of directors of the largest metallurgical company in the Russian Federation, Russian metallurgy will lose up to 50% of steel production this year. 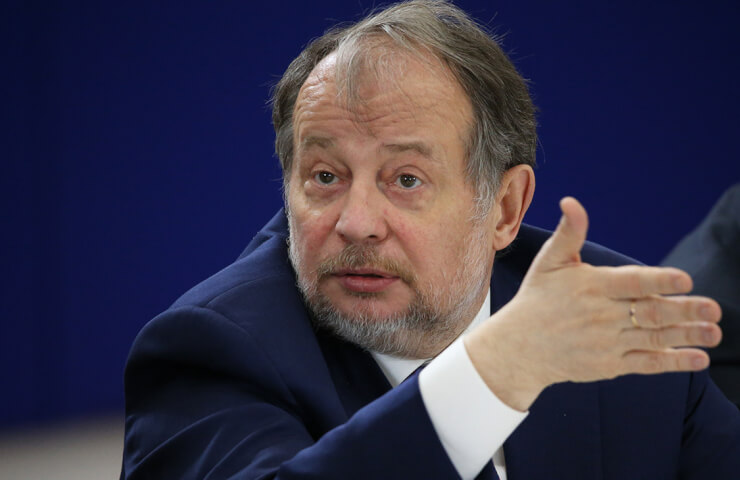 Since the beginning of the year, the NLMK Group has reduced production volumes by approximately 1 million tons compared to the benchmarks laid down, Chairman of the Board of Directors of the company Vladimir Lisin said at the congress of the regional union of industrialists and entrepreneurs in Lipetsk.

“Now it is already July - in fact, only we have lost a million tons. And this means, as we predicted, all Russian metallurgy will lose from 30% to 50%,” he said.

“It is clear that the implementation of investment programs has become much more complicated. Of course, we will bring what we had to the end. Maybe with some delay, because there are delays in the delivery of equipment. And then the question arises, what will be the possibility of replacing it, reproducing it within the country,” Lisin added.

Commenting on the situation with demand in the domestic market, he noted that there was a “decrease in activity”, while recalling the closure of export markets for Russian steelmakers, which accounted for approximately 40% of total production, and low profitability when shipped to countries ATP.

“Part of exports has been closed for us, the existing Asian destinations and China are quite difficult in terms of logistics and freight costs. Chinese, for example, steel at a price today is almost at the level of the cost of Russian steel,” said the head of NLMK.

According to him, on average, about 40% of metal products manufactured in Russia remain unsold.

“Let's say that 10 or 15 percent will somehow settle down, even 50% of these 40%. And where does the rest go? The domestic market has never consumed so much. Accordingly, in the domestic market, among other things, prices fell, including due to a large surplus,” he added.

Recall that in Asia are closely watching the growth in the supply of rolled steel from Russia at low prices. Taiwan's China Steel Corp. stated that it is closely following the offers of hot-rolled products from Russia and is ready to take steps "against unfair behavior in trade" if its Chinese customers switch to steel supplies from Russia.

Финансовая аналитика, прогнозы цен на сталь, железную руду, уголь и другие сырьевые товары. More news and analytics on Metallurgprom telegram channel - subscribe to get up-to-date market information and price forecasts faster than others.
Сomments
Add a comment
Сomments (0)
On this topic
NLMK takes a wait-and-see position in the US market
The basic owner NLMK was the largest corporate income tax payer in Russia
Metallurgists of Russia overtook oil and gas workers in terms of income of top managers
Russian metallurgists stop production due to the strengthened ruble
Escalation in Ukraine will radically change the metals and energy markets in Europe
Imports of steel pipes to the Russian Federation decreased by 11.1% in 7 months
Recommended:
European non-ferrous metal producers demand action on rising energy prices
Tata Steel merger plan to secure long-term profits
Deere invests billions in self-driving tractors
News Analytics
Tata Steel merger plan to secure long-term profits03-10-2022, 10:46
US hydrogen prices to drop to zero dollars per kg in 5 to 6 years: Platts02-10-2022, 21:53
The production of passenger cars in Russia decreased by 2.8 times in eight29-09-2022, 11:19
Donetsk and Torez electrotechnical plants will start producing electrical29-09-2022, 11:37
Ukrainian coking plants reduced gross coke production by 55.2%29-09-2022, 11:28
China production cuts in winter will give limited boost to steel markets -15-09-2022, 10:09
Steel prices may rise as manufacturers stop production11-09-2022, 14:06
IREPAS: The global long products market is in a "dramatic situation"10-09-2022, 20:49
Steel prices are unlikely to rise significantly in the near future - analysts02-09-2022, 22:58
Steel prices may move up on new data from China31-08-2022, 12:19
Sign in with: