Berlin's resolve is influenced by open US hostility towards the pipeline and the potential compensation that will have to be paid to the project participants. 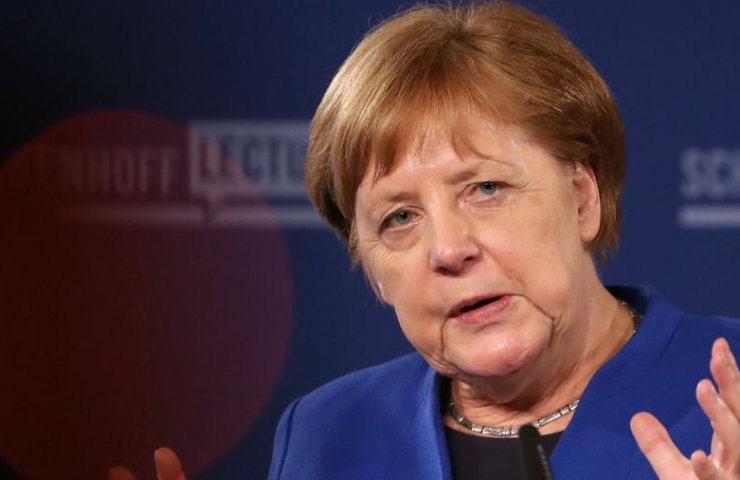 The uproar in the foreign press over the poisoning of one of the leading Russian dissidents has drawn attention to Angela Merkel's scandalous support for the pipeline in the Baltic Sea, as the patience of political elites towards the government of Vladimir Putin in Germany is running out, writes Bloomberg.

Appeals of some members of the German parliament to abandon Nord Stream 2 because of the poison from the Novichok group allegedly found in the body of Alexei Navalny met with resistance. According to three Bloomberg sources in the Bundestag, the parliamentary demand will most likely not be supported by either the bloc of German Chancellor Angela Merkel, consisting of Christian Democrats, or the Social Democratic Party of Germany, which is part of the "grand coalition" with the ruling party.

This limits the chancellor's ability to send a "harsh signal" to Russian President Vladimir Putin, the agency notes, noting that what happened to Navalny has now come to the fore in the list of Berlin's claims against Moscow. Earlier, the German side has already accused Russia of involvement in the murder of Georgian citizen Zelimkhan Khangoshvili in Berlin in August last year, as well as in carrying out a cyber attack on the computer system of the lower house of parliament.

Bloomberg emphasizes that the resistance in the Merkel coalition reflects support for the pipeline construction from the German industry. In addition, the desire to preserve the project points to deeper ties between Germany and Russia, especially among the Social Democrats, the agency notes. In particular, the German Eastern Business Association, an industry group that supports trade with Moscow, warned against severing relations with Nord Stream, stressing that Merkel herself urged not to link the implementation of the Nord Stream 2 project to the Navalny incident.

Recommended:
Belarusian products may flow to Russian ports
"Antonov " intends to enter production of 12 An-178 aircraft per year from 2023 - President of the State Enterprise
The Ministry of Energy of Ukraine announced an unprecedented situation in the coal industry of the country
On this topic
Former German Chancellor Schroeder has strongly condemned U.S. sanctions against the "Nord stream –
The energy Minister said on completion, "Nord stream 2" for a few months
Russian police have detained opposition leader Alexei Navalny
The Swiss-Dutch company Allseas stopped the construction of the "Nord stream-2"
US sanctions can stop the construction of the "Nord stream – 2" in the waters of Denmark - Bild
The Bundestag adopted the amendments to the Gas Directive for Nord stream 2
Add a comment
Сomments (0)
News Analytics
A decrease in business activity is observed in the regional markets for25-09-2020, 15:24
Prices for metal products and scrap metal began to fall in China25-09-2020, 12:14
COVID-19 pandemic plunges global labor income by $ 3.5 trillion24-09-2020, 20:51
The price of electricity for Ukrainian metallurgists turned out to be twice as24-09-2020, 20:47
The 30 millionth LADA car rolled off the assembly line of AVTOVAZ (Video)24-09-2020, 18:12
Iron ore prices to surpass six-year high soon16-09-2020, 10:32
World Oil Demand Peak May Be Over - BP15-09-2020, 09:05
China expands car market capacity by increasing demand for steel and metals11-09-2020, 10:56
Prices continue to rise in the long and flat steel markets08-09-2020, 14:25
Difference between ferrous and non-ferrous metal28-08-2020, 13:45
Sign in with: