Copper has always been an important indicator, "health" of the global economy and the forerunner of the movement of shares on the stock markets. 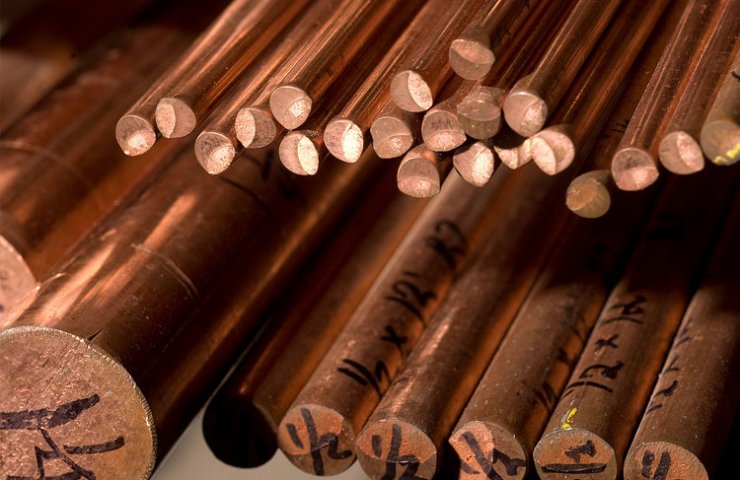 copper Prices on Wednesday showed the maximum decline since 2008 on fears of recession and reduced demand. The price of copper fell by 7.8% to 4 745 US dollars per tonne, falling below $ 5,000 dollars for the first time in three years. For 12 months, copper prices have lost 24%.

in the morning on Wednesday the price of copper has grown in the correction of about 1% on the background of measures to support the economy announced by the US authorities. Finance Minister Steven Mnuchin on Tuesday said that the Federal reserve may buy short-term commercial paper in the amount of up to 1 trillion dollars to improve liquidity in the market.

However, the correction was short-lived. The market for industrial metals remains under pressure coronavirus pandemic, which could hit the global economy, affecting in particular the demand for copper. Recently on this background on all stock and commodity exchanges there is high volatility.

Drop copper, which is due to mass usage in various industries and products, from the iPad to water pipes and electrical wires, considered a good leading indicator of developments in the world economy, could be a harbinger of an even greater decline in the stock markets.

Recommended:
The US imposed sanctions against four steel companies of Iran
Metinvest will pay 270 million UAH for the modernization of roasting machine at Northern GOK
Ferrexpo published data on rental payments in Ukraine in 2019
On this topic
Saudi Aramco has offered to buyers of oil, the highest discount for the last 20 years
Platts: 35% of the steel mills in China have cut output due to problems with the supply of raw
American steelmakers have raised their steel prices on expectations of a quick deal between the US
China will add 400 thousand tons of copper production
Европейский рынок стали столкнется с растущим давлением
Sterlite Copper назначила нового исполнительного директора
Add a comment
Сomments (0)
News Analytics
Hyundai predicts a decrease of the car market in Russia by 20-25% in 202002-07-2020, 17:02
On the roads of Ukraine introduced strict control over waybills02-07-2020, 13:12
The Ministry of information of Myanmar reported on 114 victims of the landslide02-07-2020, 13:13
For half a year the Ukrainian steel production decreased by almost 8%02-07-2020, 13:17
Korean steel company POSCO stimulate the birth rate among employees02-07-2020, 10:06
Steel prices in southern Europe are rising, despite weak demand23-06-2020, 10:54
Analysts expect strong demand growth for steel in China10-06-2020, 11:57
Global steel consumption in 2020 will be reduced by 6.4% - Worldsteel04-06-2020, 13:53
American steelmakers are faced with an unexpected problem associated with the14-05-2020, 09:09
Relying on the incentives, Chinese steelmakers increase production30-04-2020, 10:20
Sign in with: