The consignments of copper, aluminum and zinc in the state reserve of the PRC will be sold through public trading on the exchange. 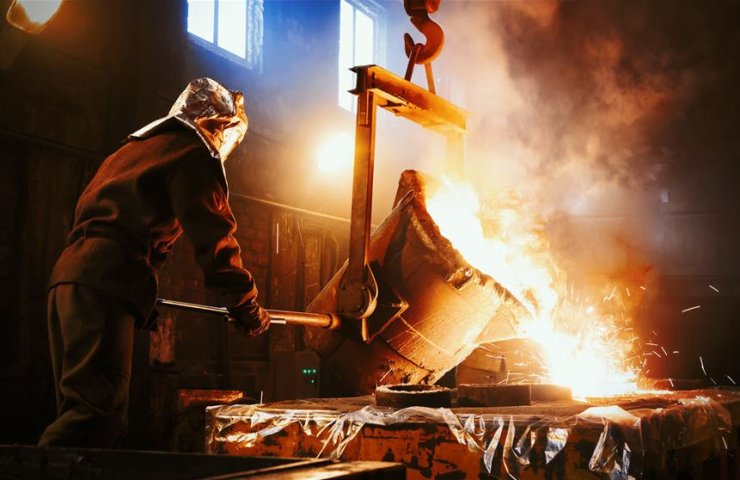 China, the leading global consumer and producer of metals, will release additional shipments of government reserves of copper, aluminum and zinc to the market to stabilize commodity prices and thus ease pressure on manufacturing plants, the country's top economic designer said Thursday.

The State Development and Reform Committee of the People's Republic of China intends to work together with other departments to release several batches of non-ferrous metals to the market in accordance with fluctuations in market prices, said the spokesman of the said committee Meng Wei.

On the eve of the State Department of Food and Material Reserves of the country announced its readiness to release consignments of copper, aluminum and zinc from the state reserves through public auction.

According to Meng Wei, this issue of state reserves is mainly targeted at enterprises for the processing and production of non-ferrous metals, and small and medium-sized enterprises will be provided with relatively more favorable conditions for participating in public auctions.

The committee has taken various actions to moderate market speculation and curb the upward trend in commodity prices, Meng Wei said, recalling that these measures have already yielded preliminary results - there has been a decline in prices for commodities such as iron ore, steel and copper.

Финансовая аналитика, прогнозы цен на сталь, железную руду, уголь и другие сырьевые товары. More news and analytics on Metallurgprom telegram channel - subscribe to get up-to-date market information and price forecasts faster than others.
Сomments
Add a comment
Сomments (0)
On this topic
China to continue selling off its reserves to ease supply deficit
China will sell another 150 thousand tons of non-ferrous metals from the state reserve
Beijing: climate targets will be met with domestic energy supply
China will increase imports from the United States based on "market principles"
Coal supply in China is increasing, coal prices are decreasing
Rusal: global demand for aluminum will grow by 3 percent
Recommended:
thyssenkrupp has successfully completed the sale of the company's mining business
China production cuts in winter will give limited boost to steel markets - Platts
Coal production in China increased by 11% in January-August
News Analytics
The production of passenger cars in Russia decreased by 2.8 times in eight29-09-2022, 11:19
Donetsk and Torez electrotechnical plants will start producing electrical29-09-2022, 11:37
Ukrainian coking plants reduced gross coke production by 55.2%29-09-2022, 11:28
China ramps up investment in transport to bolster economy29-09-2022, 11:33
The heads of mining companies named the main risks for business29-09-2022, 10:03
China production cuts in winter will give limited boost to steel markets -15-09-2022, 10:09
Steel prices may rise as manufacturers stop production11-09-2022, 14:06
IREPAS: The global long products market is in a "dramatic situation"10-09-2022, 20:49
Steel prices are unlikely to rise significantly in the near future - analysts02-09-2022, 22:58
Steel prices may move up on new data from China31-08-2022, 12:19
Sign in with: