ArcelorMittal Raises Global Steel Consumption Forecast in 2021 up from 5.5% to 8.5%

The largest steel company in the world announced the best profit in 13 years and said that it will be even better, as all order books are filled for several months in advance. 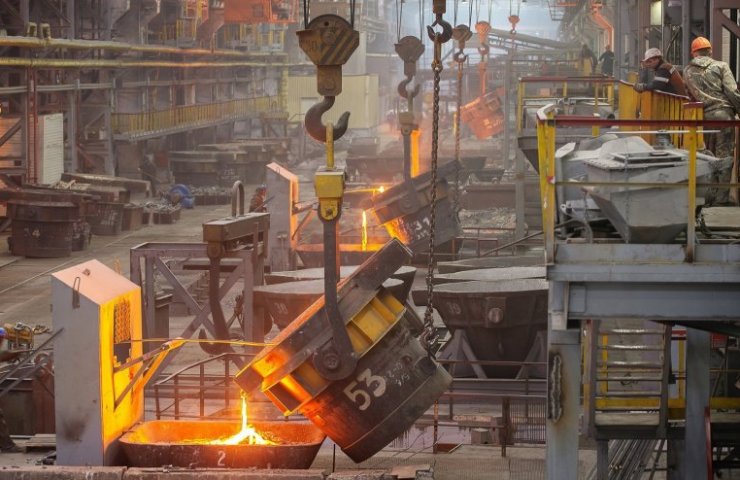 The world's largest steel producer, Luxembourg-based ArcelorMittal said on Thursday that it raised its forecast for global steel consumption growth this year to 7.5-8.5 % from 4.5-5.5% previously.

According to ArcelorMittal, current policy changes in China to contain inflation and a focus on decarbonization could have long-term positive effects on the global steel industry outside of China.

The company notes its best quarterly profit in 13 years, driven by strong demand for steel and low dealer inventories, which has led to an increase in steel shipments from its mills, although improved steel spreads have not yet fully reflected in the group's results due to backlog delays.

ArcelorMittal reported that second-quarter EBITDA, the metric most monitored by market participants, was $ 5.1 billion, nearly seven times the $ 700 million a year earlier and above average. analysts' forecast of $ 4.7 billion according to a survey of the company.

The company said it will begin a $ 2.2 billion buyback program on August 2 and will complete it by the end of 2021. Earlier, ArcelorMittal promised to return proceeds from canceled Cleveland Cliffs preferred shares and provide an advance part of the estimated shareholder return for 2022.

Финансовая аналитика, прогнозы цен на сталь, железную руду, уголь и другие сырьевые товары. More news and analytics on Metallurgprom telegram channel - subscribe to get up-to-date market information and price forecasts faster than others.
Сomments
Add a comment
Сomments (0)
On this topic
Prospects for the development of the economy and steel market in the EU in 2019-2020
Platts Steel Trade Review: China Will Decide Asia's Fate
Los Angeles Times: a Perfect storm in the American market of steel
How the reform of the electricity market in Ukraine can lead to a collapse and what to do about it
World Steel Association defines green steel and its variations
Global steel production in 2019 increased by 3.4%
Recommended:
Russia may increase taxation of oil, gas, coal and fertilizers
Minister of Energy of Kazakhstan visited ArcelorMittal Temirtau
Australian steel companies hard hit by Chinese steel crisis
News Analytics
Moody's changed the outlook for the global mining industry to26-09-2022, 19:04
Russia may increase taxation of oil, gas, coal and fertilizers26-09-2022, 15:58
UK steel production hits record low this year26-09-2022, 15:07
Ukrainian court invalidated sale of Ferrexpo Plc shares in 200222-09-2022, 12:45
EU Commission not doing enough to save aluminum industry - associations21-09-2022, 11:07
China production cuts in winter will give limited boost to steel markets -15-09-2022, 10:09
Steel prices may rise as manufacturers stop production11-09-2022, 14:06
IREPAS: The global long products market is in a "dramatic situation"10-09-2022, 20:49
Steel prices are unlikely to rise significantly in the near future - analysts02-09-2022, 22:58
Steel prices may move up on new data from China31-08-2022, 12:19
Sign in with: