The new technology can also cut construction costs by up to 15 percent and reduce carbon emissions by more than 1.5 percent. 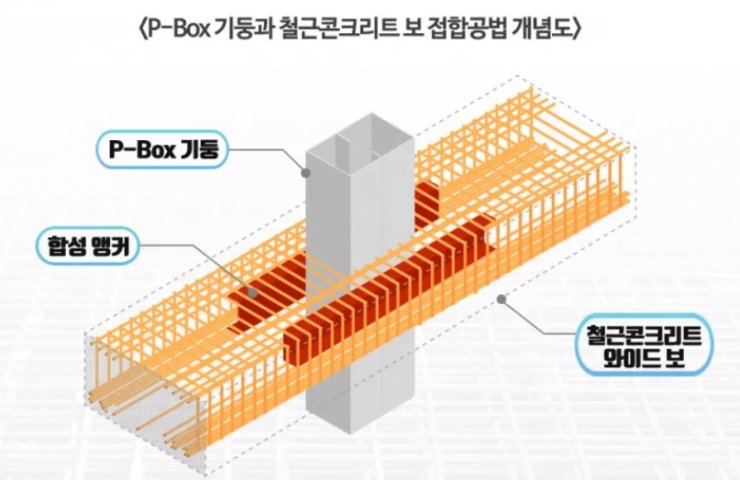 Rising labor costs have prompted leading South Korean steelmaker Posco to collaborate with a number of Korean contractors to develop a new proprietary reinforced concrete frame construction system that allows three floors to be erected at once, significantly saving construction time and cost.

Last week, the company unveiled its system for connecting horizontal reinforced concrete beams to P-Box steel supports filled with concrete. Since the height of the steel pipe is 15 meters, it allows developers to add three floors at the same time, which reduces construction time. The new technology also cuts construction costs by up to 15 percent and reduces carbon emissions by more than 1.5 percent, Posco said.

The technology was made possible by the use of high-performance steel. Posco is currently the only steel mill capable of producing hot rolled steel with a tensile strength exceeding 600 MPa with seismic characteristics.

The P-Box reinforced concrete assembly method has been developed for three years and has been patented as a new construction technology, which guarantees it an eight-year term of intellectual property protection.

The technology has already been applied to more than 11 buildings, including parking at the Shilla Seoul Hotel in Jung District, downtown Seoul, the city's business district and Munjeong-dong, Songpa District.