Steel bolts on the wheels of the new Toyota bZ4X and Subaru electric vehicles "can loosen while driving to the point where the wheel can come off the vehicle," a spokesman for the Japanese auto giant said. 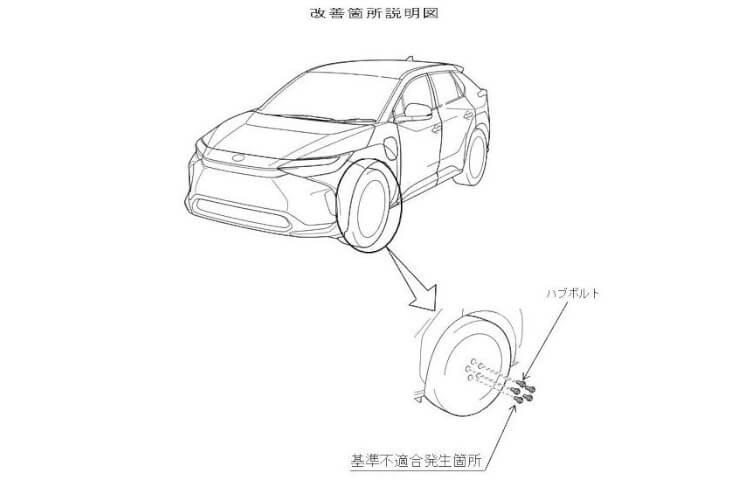 Automotive giant Toyota is recalling 2,700 of its first mass-produced all-electric vehicles over fears that their wheels could fall off while driving.

According to a company spokesperson, the bolts on the bZ4X wheels "may loosen to the point where the wheel can come off the vehicle" after "low mileage use."

The wheels could fall off on Subaru's EVs, too, which also says it will recall 2,600 EVs co-developed with Toyota.

Toyota said it notified Japanese safety regulators of the defect on Thursday and the cause of the problem is "still under investigation."

Toyota is considered a relatively late player in the EV market compared to rival manufacturers such as Tesla, which launched its first EV 14 years ago.

The company launched the bZ4X in Japan last month. The vehicle was only available on lease "to address customer concerns about residual battery performance, service and residual value," Toyota said earlier this year.

The company said this week that it will cut the number of vehicles it plans to produce next month by 50,000 to 800,000 due to shortages of computer chips and supply disruptions caused by the pandemic.

While Toyota currently plans to produce a total of 9.7 million vehicles worldwide this year, it has signaled that it may be forced to lower that number.