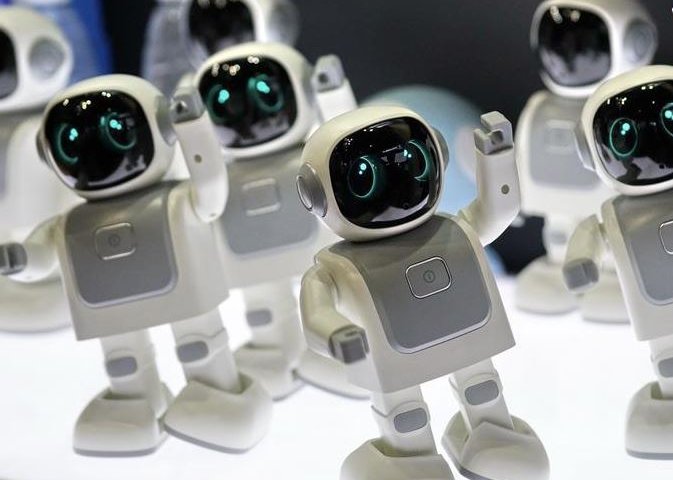 During the 2019 World Robotics Conference (WRC 2019) held in Beijing, SIASUN Robot & Automation Co Ltd (SIASUN) showcased more than ten different types of its most advanced robots. Among the presented models one could distinguish such categories as:

SIASUN GCR20-1100 is the latest product with many benefits such as secure collaboration, high payload and low power consumption. It can carry out intelligent control and testing, as well as many complex work in the production process.

Automated inspection robot SIASUN 5G is an intelligent and fully automated inspection robot that can recognize and track people and transmit information in real time while autonomously patrolling protected areas. By leveraging the advantages of eMBB and uRLLC 5G and SIASUN's own developments such as SLAM navigation, obstacle avoidance and remote interaction, the robot becomes more intelligent and modular with a rich interface.

SIASUN Robot for Government Services is designed with features such as human-computer interaction, face recognition, autonomous navigation, autonomous billing and customized user interface. The robot is used in the service center for consulting, receiving, requesting information, etc. With peripherals such as a camera, high-performance touch screen, ID card reader and thermal printer.

The exposition attracted the attention of tens of thousands of participants. Thanks to the visual presentation, everyone present had a unique opportunity to follow how exclusive models perform in real life and can be useful in performing vital tasks in order to make life easier for people.

It should be noted that SIASUN Corporation has ambitious plans for the future. The company is preparing for the China International Industry Fair (CIIF), which will take place from 17 to 21 September in Shanghai, which will showcase the latest industrial software and control platforms to play an important role in smart manufacturing.