China can greatly reduce production of stainless steel, having transferred power to Indonesia

a ban on the export of Nickel ore from Indonesia can lead to unexpected changes of power in the market of stainless steel in the near future. 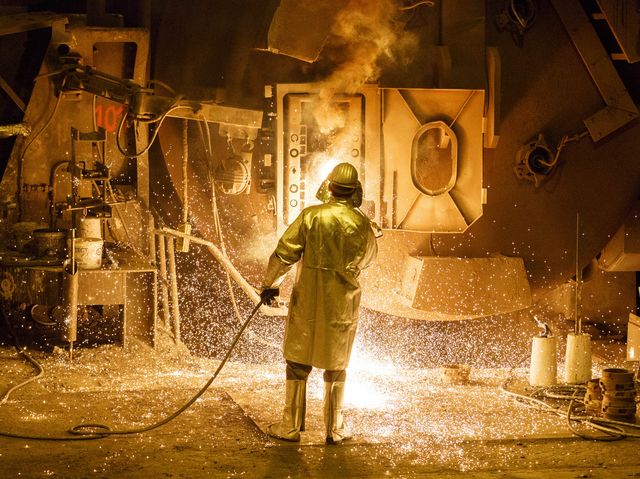 a ban on the export of Nickel ore from Indonesia will dramatically reduce the amount of procurement in China raw material of stainless steel, Nickel pig iron (NPI) and will have an impact on the production of corrosion-resistant materials.

Indonesia, the world's largest producer of Nickel ore, will impose a ban on its exports till the beginning of 2020 in order to increase the processing depth within the country.

"In Indonesia, so many developments that are ongoing or proposed that the potential increase in NPI is staggering," said Andrew Mitchell, head of research at Wood Mackenzie Nickel. "We have already seen how he has grown from scratch in 2014 to approximately 500 000 tons or so by 2020".

Mitchell, speaking at the China international forum on Nickel and cobalt industry in Yichang, sees that production of NPI in China will also increase next year to 500 000 tonnes, which is 13% less than 575 000 tons in 2019 due to the reduction of supply of ore.

"This may limit the production of stainless steel in China. I think there is a real risk that we will witness a reduction of production in China," added Mitchell.

stainless steel Production in China this year will grow 13% and reach 30 million tons, said Xu Aidong, chief analyst Nickel in Chinese research house Antaike, who believes that production will grow by 4% slower in 2020.

Xu also predicts that next year the volume of production of NPI in China will fall to about 500 000 tonnes, assuming that it would be difficult to launch new projects because of a lack of ore, and put production in Indonesia to 2020 at the level of more than 550 000 tons.

together, these two countries could account for 49% of world production of NCOs this year and 51% in 2020, she added.

meanwhile, Mitchell believes that any impact of NPI production in China in 2020 will be reduced as a result of exposure next year, as some Indonesian ore will arrive within a few weeks after the ban comes into force, supporting production.

Ricardo Ferreira, Director of marketing research and statistics International Nickel Study Group, has estimated reserves of Nickel ore in China at 12.3 million tonnes as of October 18, compared with 17 million tons at the end of 2018.