A global research and advisory group in energy, chemicals, renewable energies, metals and mining has published a study identifying China as the future leader in the resources and technology the world needs to decarbonize. 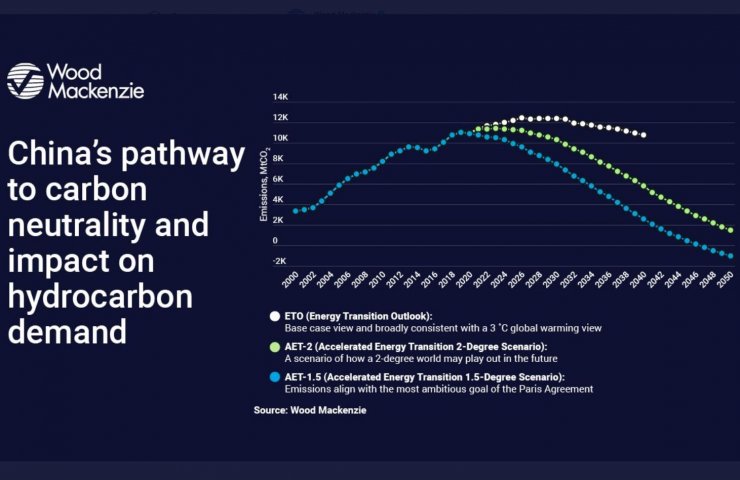 China's phenomenal economic growth is directly related to hydrocarbons and metals. China uses coal, oil and natural gas to produce more than 80% of its energy mix and consumes about half of the world's copper and iron ore. Consequently, the People's Republic of China is by far the world's largest source of carbon emissions, with a significant portion of its capital being energy and carbon intensive.

As is the case with most developed countries, China is increasingly dependent on the rest of the world for its energy sources (other than coal) and metals. Today, China imports about 75% of its oil, 80% of its iron ore and 85% of its copper supply. Despite huge overseas investment since the early 2000s, direct ownership of these goods in China covers only a small fraction of its needs.

Today, China is actively correcting this deficiency. When President Xi Jinping announced the country's goal of achieving carbon neutrality by 2060 last September, he didn't just indicate that China would adjust its energy balance to reduce emissions, he signaled a complete transformation of its economy and how it produces, transports and consumes energy. For Beijing, energy independence and decarbonization are inseparable: by winning the race for clean energy, China can throw off the shackles of its dependence on other countries and dominate the resources and technologies that the world needs to decarbonize.

At the same time, China is innovating, not copying them. Determined efforts by the government and the private sector have allowed the republic to significantly overtake virtually all clean energy supply chains and technologies. Electrification is gaining momentum thanks to colossal investments in renewable generation. China dominates the supply and processing of most of the raw materials needed for batteries and other carbon-free technologies. Three quarters of the world's lithium-ion battery production, half of the world's electric vehicles (EVs) and nearly 70% of all solar panels are manufactured in China.

This can be a major problem in much of the developed world. With climate change high on the political agenda, politicians in the United States, Europe and elsewhere are selling costly green revolutions with promises of economic revival and job creation. This will be difficult to reconcile if most of the profits go to China.

However, many of the technological and infrastructural ecosystems that the world will need to achieve carbon neutrality are poorly understood today. China is not a leader in carbon capture or green hydrogen capture. Future innovations in energy efficiency and circular economy could change the global demand for natural resources. Meanwhile, new technologies such as next-generation electric fuels, polymer energy storage batteries and high energy density cobalt-free batteries have the potential to revolutionize the green energy landscape.

In the race to lead clean energy, China has a first mover advantage. But tackling climate change is not a zero-sum game. A green arms race threatens protectionism and overcapacity, slowing the pace of progress. Achieving carbon neutrality means rethinking what is possible, not repeating the mistakes of the past. Through continuous innovation, investment and cooperation, all countries can thrive in the new reality.

Recommended:
In the first quarter of 2021, Ukraine reduced steel production and increased pig iron production
Interpipe expands the supply of railroad metal products to the North American region
A meeting with the leadership of Electrotyazhmash and Ukrzaliznytsia was held at the Ministry of Infrastructure of Ukraine
On this topic
Tax on greenhouse gas emissions in Ukraine became hostage to "green" energy
How can integrated subsoil use objects help the development of raw materials exports in Ukraine?
Natural gas in metallurgy: from ore and coke to rolled steel
How the reform of the electricity market in Ukraine can lead to a collapse and what to do about it
In climate change the fault of the rich - a new study by British scientists
Long road to green steel
Add a comment
Сomments (0)
News Analytics
Владимир Зеленский провел встречу с председателем совета директоров14-04-2021, 17:27
Vostochny Ore Mining and Processing Plant reduced production of uranium14-04-2021, 16:47
The construction of the Euro-track Chop-Uzhgorod will be financed from the14-04-2021, 14:24
UAE partners with Japan's iSpace to send Rashid rover to the moon in 202214-04-2021, 10:34
Uralvagonzavod put into operation 334 units of new equipment in 202014-04-2021, 09:44
World Steel Association defines green steel and its variations12-04-2021, 13:14
China unlikely to cut steel capacity in 2021 due to high steel prices07-04-2021, 12:11
Scrap metal market at the beginning of April02-04-2021, 11:10
Rising Chinese Prices Fueled Rising Global Steel Prices - MEPS25-03-2021, 18:54
Weakening demand will negatively affect quotations of steel raw materials17-03-2021, 15:39
Sign in with: