The debt of the South Korean corporation SsangYong Motor exceeded 42% of its value. 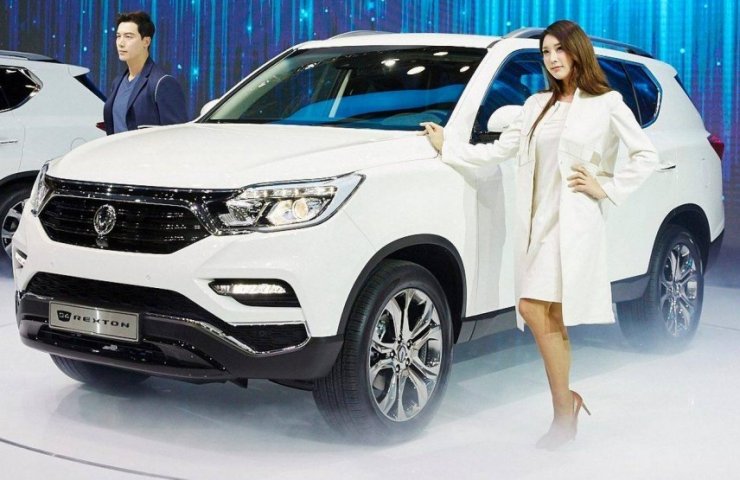 South Korean auto maker SsangYong Motor filed for bankruptcy on Monday amid rising debt and declining sales amid the pandemic. The company's overdue debts exceeded US $ 285 million, which is 42% of its capital.

About US $ 90 million SsangYong Motor owes foreign investors such as JP Morgan Bank, debts to South Korean creditors such as Woori Bank and the state-owned Korea Development Bank amount to US $ 194 million.

SsangYong Motor has filed an application for the commencement of judicial bankruptcy proceedings, since due to the inability to reach an agreement on extending the maturity of debt with foreign banks, significant problems will arise in the company's work, the South Korean corporation said in a statement.

Earlier, SsangYong asked the main lender KDB and other lenders to roll over the loans, but did not receive approval from the lenders.

The SUV carmaker has posted a net loss for the last 15 consecutive quarters until the third quarter of this year, due to a lack of new models and stronger competition from local competitors.

The SsangYong lineup consists of the flagship G4 Rexton, as well as Tivoli, Korando and Rexton Sports.

This is the second time SsangYong is being prosecuted after going through the same process ten years ago.

Recommended:
The State Environmental Inspection will check "ArcelorMittal Kryvyi Rih" regarding the construction of a tailing dump
China purchases $ 1.22 billion worth of metals and minerals from Iran
Trade unions demand to increase salaries for metallurgists and miners of Ukraine
On this topic
The mayor of Kremenchug intends to offer the country's leadership to nationalize "AvtoKrAZ "
ZAZ announced the start of production of Groupe Renault cars for the Ukrainian market
The Verkhovna Rada of Ukraine constitutional majority supported the plan of salvation Yuzhmash
South Korea's Hyundai Motor resumed production after a partial lifting of the quarantine in China
Druzhkovsky engineering declares that he is not bankrupt
ArcelorMittal achieves its goal in the acquisition of Essar Steel
Add a comment
Сomments (0)
News Analytics
European officials urge World Bank to stop fossil fuel investment27-02-2021, 13:00
China's machinery industry demonstrates robust growth27-02-2021, 13:15
Higher Yields on US Bond Leads to Sharp Drop in Cryptocurrency Price27-02-2021, 12:32
In war-torn Syria, robotics courses for girls open27-02-2021, 11:13
Fitch Affirms Ukraine's Rating At "B " With Stable Outlook27-02-2021, 11:10
Increase in prices is forecasted in the markets of steel raw materials -26-02-2021, 09:25
Troy ounce of gold will drop $ 500 in two years - Fitch25-02-2021, 18:29
Global iron ore production growth to outstrip cumulative production in India23-02-2021, 10:22
Fitch Ratings Warns of “Shocking Impact” on Fossil Fuel Exporters18-02-2021, 14:44
Raw material prices rise by about 10.5% in January 2021 - Deutsche Industriebank12-02-2021, 10:48
Sign in with: