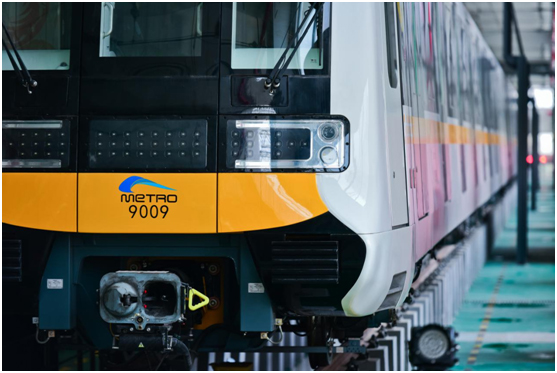 In Chengdu (Sichuan province, Southwest China), traffic was opened on Friday along five new subway lines. One of them - line 9 - became the first fully automatic line of urban rail transport in the west of the country: without human intervention, trains turn on, undergo diagnostics, leave the depot and enter the line, stop at intermediate stations and return for sanitization.

The Chengdu Subway Line 9 uses GoA4, an automatic control system of the highest international security level, the train length is about 22 km, the train can accommodate 2,456 people, and the maximum passenger capacity is 3,496 people.

By the end of this year, Chengdu will have five new fully automatic subway lines operational and two will be expanded. The operational length of the network will officially exceed 500 km, and the scale of the linear network will make Chengdu the fourth city in terms of the use of urban rail transport in China.