Three Gorges is a gravity dam hydroelectric power plant located on the Yangtze River in Hubei Province, China. It is the world's largest power plant with an installed capacity of 22.5 GW. 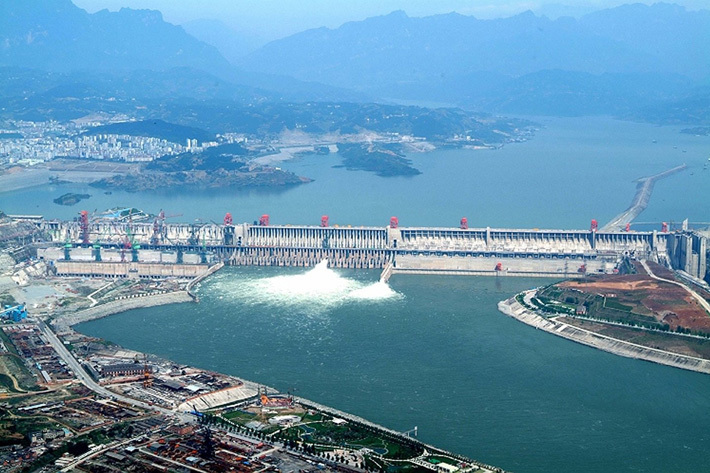 HPP Director Chen Hui said the new world record is significant given the COVID-19 epidemic and floods that hit the Yangtze River Basin in 2020.

At the beginning of 2020, the HPP continued to increase its electricity generation. The clean electricity it transports to East, Central and South China during the same period reached the highest level in history, providing an energy guarantee to fight the epidemic and resume operations in China.

With 34 hydroelectric turbine generators, the Sansya HPP has a generating capacity of 22.5 million kW.

Recommended:
Hot rolled sheet prices in the US topped $ 1,000 per ton for the first time in history
Stainless steel rises in price on the international market
Max Polyakov's Firefly Aerospace plans two launches of the Alpha space rocket in 2021
On this topic
Korean auto makers will switch to hydrogen engines with help from Chinese steelmakers
China Association of automobile manufacturers asked the government on state support
China to build space solar power
China can greatly reduce production of stainless steel, having transferred power to Indonesia
Platts: Strong growth in Chinese metallurgy will continue
India faces risk of steel overproduction
Add a comment
Сomments (0)
News Analytics
Kherson shipyard for the first time in 10 years received orders from the20-01-2021, 20:12
The Ministry of Economy introduces an experiment on free training for the20-01-2021, 18:54
ArcelorMittal Kryvyi Rih put into operation a new locomotive EffiShunter 160020-01-2021, 18:52
Energomashspetsstal updated the certificate of the manufacturer of blanks for20-01-2021, 18:04
Krivoy Rog iron ore plant bought a powerful loader for the Gvardeyskaya mine20-01-2021, 18:10
China will overtake the United States to become the world's largest economy in27-12-2020, 12:04
The shortage in the US steel market will last at least until the end of the25-12-2020, 11:36
Steel production in China to surpass one billion tons this year23-12-2020, 10:59
Iron ore prices hit seven-year high and continue to rise15-12-2020, 10:26
Prices for metallurgical raw materials continue to rise in regional markets10-12-2020, 11:32
Sign in with: