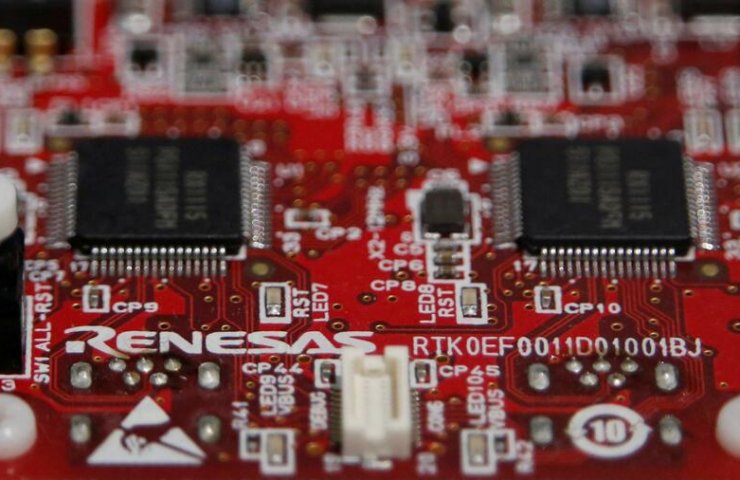 Bad news for car manufacturers: A fire at the Renesas chip factory in Hitachin-Naka, Japan in mid-March caused more damage than originally thought. A spokeswoman for the Japanese semiconductor manufacturer told Reuters that it will take at least a month to resume production.

A fire destroyed several chip machines and five percent of the clean room at Renesas' main plant in Hitachin-Naka. Initially there were 11 damaged cars, but Japanese business newspaper Nikkei reported on Monday that 17 cars were damaged, which will take several months to replace.

Consequences of a fire at a microcircuit factory in Japan

The shortage of microcircuits has already forced the largest car manufacturers to stop production lines. Among the victims are such auto concerns as VW, Daimler, Ford and General Motors.

Swedish commercial vehicle manufacturer Volvo also announced last week that it will be closing its factories in the second quarter.

Renesas, with sales of 5.5 billion euros last year, is a relatively small chip manufacturer globally. However, for many car brands, Renesas is an important supplier. Because when it comes to microcontrollers, the company accounts for 27 percent of the world's business. Microcontrollers are single-chip computers for special tasks such as window regulators. If at least one of these microcontrollers is missing, the entire car factory can stop.

In terms of the total number of automotive chips, Renesas ranks third in the world with a market share of nine percent.

The semiconductor industry has not kept up with orders for a long time. The manufacturing capacity of manufacturers is insufficient to meet the growing global demand for chips. In addition, plant closures following the extreme cold in Texas have exacerbated industry problems.

Recommended:
Onshore section of Nord Stream 2 launched in Germany - Deutsche Welle
Electric vehicles accounted for 5.7% of all new cars sold in Europe in the first quarter
A new world record for unbending horseshoes has been set in Kazakhstan
On this topic
General Motors suspends three factories in the US due to a shortage of computer chips
Mercedes-Benz may face sales ban in Germany
Taiwanese chipmaker TSMC brings production in the United States
Volvo and Daimler are uniting to develop hydrogen engines for trucks
Daimler cut its net profit by 2.8 times in 2019, completed the fourth quarter with a loss
Is the German auto industry preparing for a collapse?
Add a comment
Сomments (0)
News Analytics
Rinat Akhmetov's engineering company Corum Group sent a delegation to India05-05-2021, 21:09
A mining and metallurgical complex will be created in the Bayan-Undur somon of05-05-2021, 19:39
In Ukraine, European requirements for the ecodesign of solid fuel boilers will05-05-2021, 15:30
April steel production of "Zaporizhstal" increased in annual comparison by05-05-2021, 15:27
Germany plans to achieve carbon neutral economy by 204505-05-2021, 12:28
The current state of the market is ideal for the sale of rolled steel - IREPAS04-05-2021, 18:41
Global hydrogen demand to grow 7-fold by 2070 - PwC21-04-2021, 12:31
World Steel Association predicts a good year for metallurgists15-04-2021, 18:19
World Steel Association defines green steel and its variations12-04-2021, 13:14
China unlikely to cut steel capacity in 2021 due to high steel prices07-04-2021, 12:11
Sign in with: