The proposal came a few weeks after Elon Musk's company registered a branch in India, which is the first step to enter the market in this country, possibly as early as mid-2021. 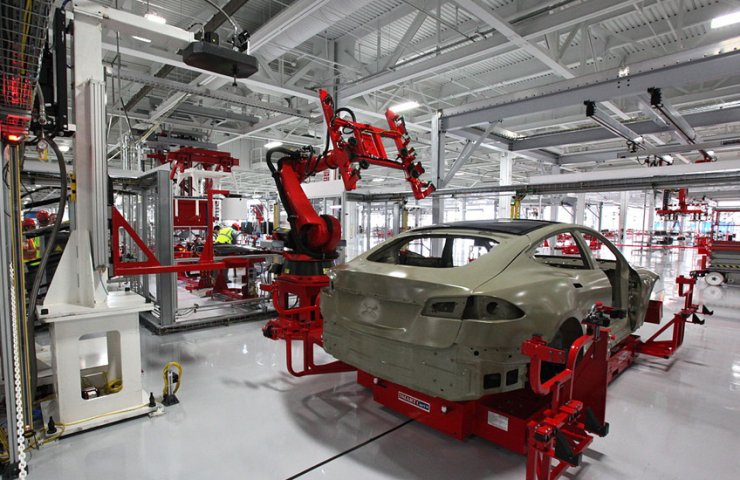 The Indian government has said it is ready to offer Tesla strong incentives to set up an electric vehicle plant in the country in an effort to beat Chinese prices.

Tesla registered a business unit in India last month, confirming something was happening.

Nitin Gadkari, India's Transport Minister, said his government will ensure that Tesla's production costs are the lowest compared to the rest of the world.

The government official did not specify in what form these incentives will be adopted.

When Tesla enters a new market, it usually starts by importing its cars, but India is pushing for Tesla to enter the market by making its cars in that country.

Not only is India a major market, but it could become an export hub, Gadkari said, especially given that about 80 percent of the components for lithium-ion batteries are now produced domestically.

“I think this is a win-win situation for Tesla,” Gadkari said, adding that he also wanted to partner with Tesla on the creation of an ultra-fast hyperloop line between Delhi and Mumbai.

India is developing a manufacturing-related incentive scheme for car and auto component manufacturers and for the creation of advanced battery manufacturing facilities, but details have yet to be determined.

Shifting to cleaner energy sources and reducing vehicle pollution are seen as essential for India to meet its climate commitments under the Paris Agreement.

Last year, India introduced stricter emission regulations for automakers to bring them in line with international standards. New Delhi is currently considering tightening fuel efficiency rules from April 2022, which industry leaders say could force some automakers to add electric or hybrid vehicles to their portfolios.

Recommended:
Global hydrogen demand to grow 7-fold by 2070 - PwC
Zimbabwe government seeks new investors in ZISCO steel plant
German metallurgists will receive a lump sum of 500 euros
On this topic
Tesla will launch production of electric vehicles in India
From 2030, all new Boeing jets will be able to refuel from household waste
Tesla didn’t fulfill Elon Musk’s promise to deliver 500,000 cars to its customers in 2020
Korean auto makers will switch to hydrogen engines with help from Chinese steelmakers
Employees of the Nissan plant in Barcelona lit candles on their jobs (Video)
Reuters: ThyssenKrupp talks about the involvement of the investor in military shipbuilding
Add a comment
Сomments (0)
News Analytics
Укрзализныця достигла согласия с поставщиками по отгрузке дизельного топлива21-04-2021, 14:25
Global hydrogen demand to grow 7-fold by 2070 - PwC21-04-2021, 12:31
Energy independence of Ukraine depends on decarbonization and "green" energy -21-04-2021, 12:42
Shell tests hydrogen fuel cells on ships in Singapore21-04-2021, 11:39
Gazprom will continue to develop priority areas of hydrogen energy based on21-04-2021, 10:49
Global hydrogen demand to grow 7-fold by 2070 - PwC21-04-2021, 12:31
World Steel Association predicts a good year for metallurgists15-04-2021, 18:19
World Steel Association defines green steel and its variations12-04-2021, 13:14
China unlikely to cut steel capacity in 2021 due to high steel prices07-04-2021, 12:11
Scrap metal market at the beginning of April02-04-2021, 11:10
Sign in with: