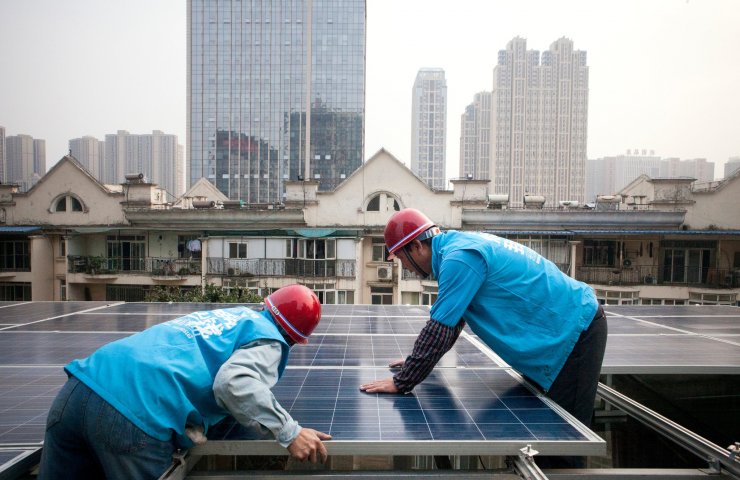 Several key suppliers to Apple and Tesla's Chinese divisions said they halted production on Sunday due to Beijing's tightening of energy policies. According to Reuters, such Chinese companies as Unimicron Technology, Eson Precision Engineering, a subsidiary of Foxconn, Concraft Holding and a number of other enterprises announced the shutdown of production facilities due to a shortage of electricity.

Higher coal prices and limited supplies in a country that relies entirely on coal for energy supply have also led to power shortages ahead of the winter heating season.

The power outage came as China's carbon reboot faced its industrial boom amid the pandemic, Morgan Stanley analysts said in a note to clients on Monday.

According to Morgan Stanley analysts, the steel, aluminum and cement industries were the most affected by production cuts, with the result that about 7% of aluminum production capacity was suspended and cement production in the country fell by 29%.

“The energy shock to the world's second largest economy and largest producer will affect global markets,” Nomura analysts said in a research note sent to customers on September 24.

"The main reason for power outages is coal shortages," Chinese analysts say, noting that domestic coal production is constrained by tightening safety standards, while imports from Indonesia's main exporter have slowed due to bad weather.

To try to reduce the deficit, China's National Energy Administration (NEA) has ordered coal and gas companies to increase production to provide the country with enough energy to keep homes warm in winter, the regulator said on Sunday.

Recall that the shortage of coal in Asia provoked its outflow from the European market, where, against the backdrop of sharply rising gas prices, power companies are trying to restart coal-fired thermal power plants, which, as it turned out, also there is not enough coal .

The fight against climate change may be under threat due to the current situation in the global market with fossil fuels, the prices of which have reached new highs since 2008, before the global economic crisis.