When launched next year, the Austrian Steel Test Center will operate on hydrogen. 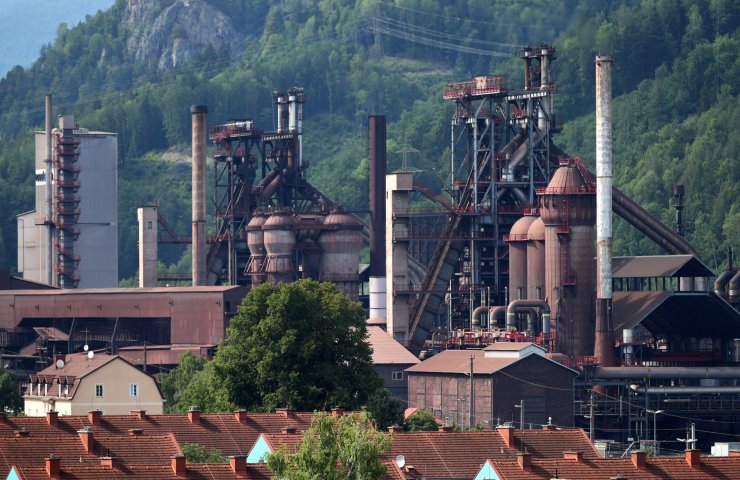 Mitsubishi Heavy, through its UK division, is building a pilot plant at the Austrian steel company Voestalpine. Trial operation is scheduled to begin in 2021.

The plant will use hydrogen instead of coal in the iron ore recovery process. The new generation equipment will produce 250,000 tons of steel products per year.

According to the International Energy Agency, the global steel industry produced about 2 billion tonnes of CO 2 in 2018, which is double the 2000 level. The share of the steel sector among all industries increased by 5 percentage points to 25%.

Mitsubishi Heavy uses the DRI or Direct Reduction of Iron from Pellet process.

Mitsubishi Heavy, the third largest supplier of steelmaking equipment in the world, also joins the pool of hydrogen companies. In October, Mitsubishi Heavy bought a stake in a Norwegian hydrogen plant.

Mitsubishi Heavy also decided to acquire stakes in hydrogen producers in places such as Australia. The group will oversee the supply of hydrogen, as well as the construction and design of equipment.

In July, the European Union announced its readiness to invest 470 billion euros in hydrogen technologies by 2050. Hydrogen steel plants are expected to receive EU support.

Recommended:
French Carmat has confirmed the start of sales of an artificial heart at the beginning of the second quarter
High-speed railway line will connect the south of Kazakhstan and the capital of Uzbekistan
The Ministry of Economy of Ukraine presented a study of energy consumption for metal processing
On this topic
Swedish state-owned mining company to switch to hydrogen for DRI production
Chinese to launch the country's first hydrogen metallurgical plant
Thyssenkrupp to build hydrogen-fueled steel plant by 2025
Voestalpine commencement of commercial production of "green" hydrogen in Linz
Voestalpine AGM announces dividends of € 1.10
Voestalpine opens a cutting-edge research center for high-tech steels in Donavitz
Add a comment
Сomments (0)
News Analytics
In 2021, Ukrzaliznytsia plans to repair more than 300 locomotives for UAH 426-01-2021, 15:30
Ukraine has enough "metals of the future" for the development of innovative26-01-2021, 14:40
High-speed railway line will connect the south of Kazakhstan and the capital of26-01-2021, 14:27
In 2021, an analogue of the US Department of Defense Research Projects Office26-01-2021, 11:24
Turkey plans to produce 100 tons of gold annually26-01-2021, 11:15
China will overtake the United States to become the world's largest economy in27-12-2020, 12:04
The shortage in the US steel market will last at least until the end of the25-12-2020, 11:36
Steel production in China to surpass one billion tons this year23-12-2020, 10:59
Iron ore prices hit seven-year high and continue to rise15-12-2020, 10:26
Prices for metallurgical raw materials continue to rise in regional markets10-12-2020, 11:32
Sign in with: