Singapore is often criticized for restricting civil liberties, and locals are used to tight control by the state, but the latest innovations have caused serious concern among citizens about intrusive punitive technologies. 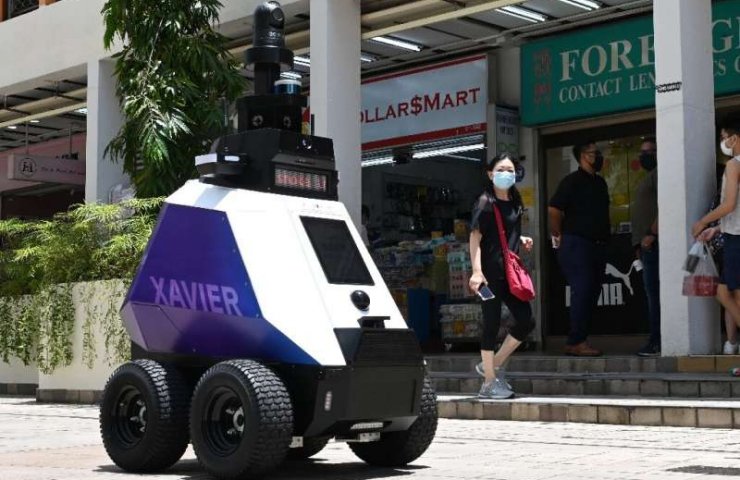 Authorities in Singapore have taken patrol robots out into the streets to loudly warn people exhibiting “unwanted social behavior,” adding automated video footage of public disturbances to the surveillance technology arsenal in the tightly controlled city-state.

Singaporean officials have long been promoting the idea of ​​a super-efficient, technologically controlled "smart nation", but their counterparts say that in this case, the first victim of robots is privacy of their personal lives, and people no longer control what happens to their data.

The latest government surveillance devices are robots on wheels with seven video cameras that scare the population with loud warnings and record “unwanted social behavior.”

"Please keep one meter away, please, no more than five people in a group," the robot's voice is heard as it approaches groups of people.

Singapore is forced to exploit robots, due to the extremely low number of free police officers who agree to work on foot patrols.

The island of about 5.5 million has already installed 90,000 police cameras, the number of which should double by 2030, and facial recognition technology, which helps authorities distinguish faces in crowds, could be installed on lamp posts along the whole city.