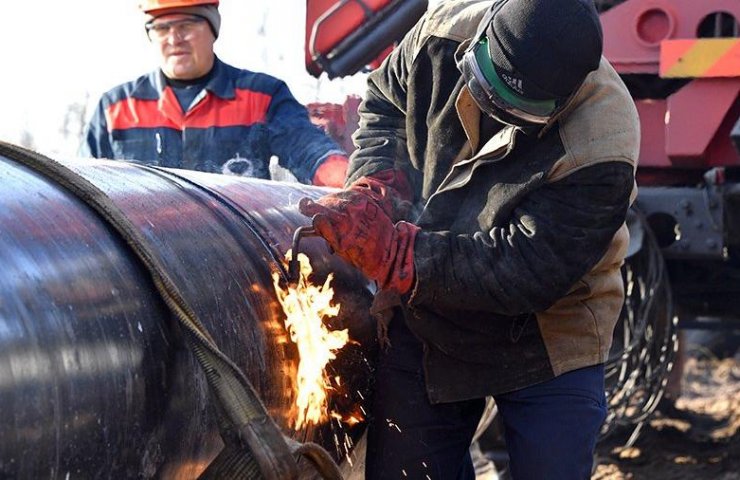 Belarus has suspended oil pumping in the direction of Poland for four days for scheduled work on the Druzhba pipeline. This was announced to reporters by the advisor to the president of Transneft, press secretary Igor Demin.

"From 12:00 today, Gomeltransneft stops transportation for 96 hours in the direction of Adamova Zastava to carry out routine maintenance at the Belarusian section of Druzhba," said Mr. Demin (quoted by Interfax).

The last time the Druzhba oil pipeline was planned to be shut off at the Mikhalkovo-Brody section for four days in November 2020 to launch this section in the reverse direction for pumping volumes to the Mozyr refinery from the Ukrainian port of Yuzhny.

On June 8, it was reported that Russian Transneft is adjusting the schedule of oil supplies via the Druzhba pipeline due to a decrease in pumping in Slovakia amid technical problems with one of the consumers.

The Druzhba oil pipeline provides oil supplies to Belarusian refineries and its transit to Europe. The pipeline originates in the Samara region, passes through Bryansk and then branches into two sections: northern and southern, passes through Belarus, Ukraine, Poland, Czech Republic, Slovakia, Germany, Hungary, Latvia, Lithuania.

At the end of May, the Polish Council of Ministers banned Belarusian air carriers from flying in the country's airspace because of the incident with an emergency landing of a Ryanair aircraft. It should also be noted that against this background, the EU Foreign Ministers did not rule out the imposition of sanctions against the chemical and oil refining sectors of Belarus.

Финансовая аналитика, прогнозы цен на сталь, железную руду, уголь и другие сырьевые товары. More news and analytics on Metallurgprom telegram channel - subscribe to get up-to-date market information and price forecasts faster than others.
Сomments
Add a comment
Сomments (0)
On this topic
Yuzhmash told whether it is possible to launch reusable rockets from the Black Sea
"Naftogaz" has filed a lawsuit against the government of Ukraine for the issuance of a
The operator of the gas transport system of Ukraine has concluded agreements with all connecting
ArcelorMittal Poland completed modernization of pickling line at cold rolling mill in Krakow
Time magazine named ecoactivists Greta Thunberg's man of the year
Belarus starts negotiations with China on investment and trade
Recommended:
Steelmakers are exploring the use of hydrogen for energy-intensive processes
Turkey in January-July increased imports of pig iron by 46.7%, tripling purchases in Russia
In August, the truck market in Ukraine decreased by 62%
News Analytics
The production of passenger cars in Russia decreased by 2.8 times in eight29-09-2022, 11:19
Donetsk and Torez electrotechnical plants will start producing electrical29-09-2022, 11:37
Ukrainian coking plants reduced gross coke production by 55.2%29-09-2022, 11:28
China ramps up investment in transport to bolster economy29-09-2022, 11:33
The heads of mining companies named the main risks for business29-09-2022, 10:03
China production cuts in winter will give limited boost to steel markets -15-09-2022, 10:09
Steel prices may rise as manufacturers stop production11-09-2022, 14:06
IREPAS: The global long products market is in a "dramatic situation"10-09-2022, 20:49
Steel prices are unlikely to rise significantly in the near future - analysts02-09-2022, 22:58
Steel prices may move up on new data from China31-08-2022, 12:19
Sign in with: