Ukraine and Russia agreed on oil transit to the European Union

December 3, 2019 JSC "Ukrtransnafta" OJSC and "Transneft" signed an additional agreement to the contract on provision of services on oil transportation through the territory of Ukraine. 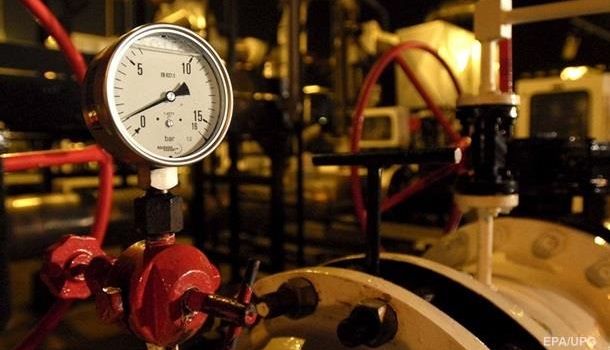 the agreement on the extension of Russian oil transit to Europe signed on 3 December at a conference in Zagreb, capital of Croatia.

"in addition to extension of the contract, an additional agreement between JSC Ukrtransnafta and JSC "Transneft" actualizes some of its provisions taking into account the current state of the changes on the market of services for oil transportation in the region", — stated in the "Ukrtransnafta".

they point out that the additional agreement guarantees stable operation of the oil transportation system of Ukraine and guarantees a constant volume flow of oil.

Earlier it was reported that oil transit through Ukraine to Europe in August this year compared to the same period grew by 28.7% to 1.39 million tons.

Public joint stock company "Transneft" specializiruetsya on the provision of services in the field of transportation of oil and oil products via the system of trunk pipelines in the Russian Federation and abroad.

Recommended:
Industrial production in Germany in April fell to a record 17.9 per cent
Ukraine increases purchases of American oil
UK financial support the largest metallurgical company in the country
On this topic
Russia and Ukraine held dvustoronnie gas talks in Vienna
The deadline for the conclusion of the contract on the transit of Russian gas through Ukraine -
Ukraine is interested in import of electricity from Belarus Alexey Orzhel
Unbundling "Naftogaz" will bring the signing of a new agreement on the transit of Russian gas
Машиностроение остается локомотивом роста промпроизводства в Донецкой области
Молдова подготовилась к остановке транзита газа через Украину
Add a comment
Сomments (0)
News Analytics
Transshipment of ore in the port Yuzhny increased for the six months 80%03-07-2020, 11:57
Dneprovskiy metallurgical plant has completed a major repair of sinter machine03-07-2020, 11:07
Celsa Steel получила от правительства Великобритании экстренное финансирование03-07-2020, 09:22
Hyundai predicts a decrease of the car market in Russia by 20-25% in 202002-07-2020, 17:02
On the roads of Ukraine introduced strict control over waybills02-07-2020, 13:12
Steel prices in southern Europe are rising, despite weak demand23-06-2020, 10:54
Analysts expect strong demand growth for steel in China10-06-2020, 11:57
Global steel consumption in 2020 will be reduced by 6.4% - Worldsteel04-06-2020, 13:53
American steelmakers are faced with an unexpected problem associated with the14-05-2020, 09:09
Relying on the incentives, Chinese steelmakers increase production30-04-2020, 10:20
Sign in with: