In June, Transneft said that from 200 to 300 tons of an unnamed contaminant got into nefteprovod "Friendship", but since then has not released any further details on this issue. 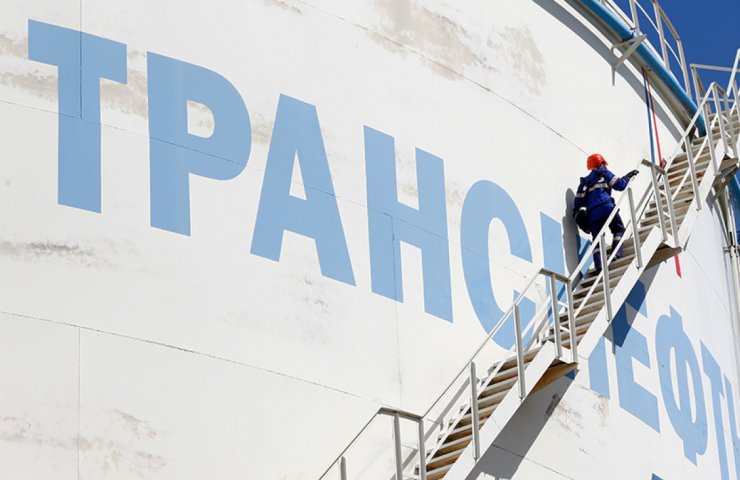 Substance in April stopped pumping oil via the "Druzhba" pipeline was carbon tetrachloride (carbon tetrachloride), a deadly chemical that has to be strictly controlled by international agreement according to the results of three separate trials, the Agency Reuters.

a summary of the results of tests carried out for the Ministry of energy of Russia and Transneft, the pipeline operator, at the Moscow state chemical laboratory, which Reuters held in may, which were not previously reported, shows that the contaminant consisted of 85 percent carbon tetrachloride.

Ministry of energy and Transneft did not respond to requests by Reuters for comment.

Two separate tests conducted by two different companies, an oil refinery of the European Union and international oil trading company, who told Reuters that they unwittingly bought tainted oil from the pipeline, yielded results almost identical to the results conducted in the laboratory of Moscow state, told Reuters two people familiar with the conclusions of the source.

the Russian authorities are still investigating the contamination, which affected about 5 million tons of oil in the pipeline running from Russia to Germany, Poland, Hungary, Slovakia and the Czech Republic via Belarus and Ukraine. Russian investigators suspect that the contaminated oil was in the pipeline at the receiving station in the Samara region of Russia.

Four people are in custody and two other suspects fled the country, reported Russian news agencies sources in law enforcement bodies. According to their lawyers, two of those detained, committed any offense.

carbon tetrachloride – pinkish, oily liquid. Used as a solvent, to obtain freon as the extractant in medicine. Carbon tetrachloride qualifications "EMU" is used for analysis of aquatic environments in the oil. Carbon tetrachloride from 1930-ies were widely used as filler handheld and stationary fire extinguishers for military aircraft and other equipment, particularly before widespread carbon dioxide, freon and powder systems.

Pair and decomposition products of tetrachlorophenate do not support combustion as the quenching agent, he has a lot of advantages: liquid under normal conditions, easily evaporates, thus significantly cooling the combustion zone, non-conductive, does not require a storage pressure vessel, do not corrode copper and tin-plated vessels, relatively inert to the treated surfaces (for use in cold weather, you need a product niskasaari solvents). However, due to the toxicity of the decomposition products in the civilian system application not received. Manual fire fighting in the car was required to carry gas masks — in case of tetrachloride of carbon on the hot surface of the chemical reaction of partial substitution of chlorine by atmospheric oxygen with the formation of phosgene — a highly toxic substance suffocating action.

Recommended:
Volgograd plant will manufacture steel structures for 50 mobile towers
The United States will increase the capacity of their solar power plants by 33% in 2020
The Prosecutor's office came with a search warrant at the Kharkov "Electrotyazhmash"
On this topic
The transition to a carbon-free economy is actually not as expensive as they say - the experts
Failure rate: why import substitution failed to meet expectations
Ukraine and Russia agreed on oil transit to the European Union
Los Angeles Times: a Perfect storm in the American market of steel
Газ как оружие гибридной войны России: как с этим бороться?
Что общего между сталью, цементом и сельским скотом?
Add a comment
Сomments (0)
News Analytics
Yuzhmash successfully tested a rocket engine upper stage "Cyclone-4" (Video)03-07-2020, 19:52
Air Products and Tyssenkrupp will work together to sell "green" hydrogen03-07-2020, 14:50
Transshipment of ore in the port Yuzhny increased for the six months 80%03-07-2020, 11:57
Dneprovskiy metallurgical plant has completed a major repair of sinter machine03-07-2020, 11:07
Celsa Steel received from the British government's emergency funding of 3003-07-2020, 09:22
Steel prices in southern Europe are rising, despite weak demand23-06-2020, 10:54
Analysts expect strong demand growth for steel in China10-06-2020, 11:57
Global steel consumption in 2020 will be reduced by 6.4% - Worldsteel04-06-2020, 13:53
American steelmakers are faced with an unexpected problem associated with the14-05-2020, 09:09
Relying on the incentives, Chinese steelmakers increase production30-04-2020, 10:20
Sign in with: