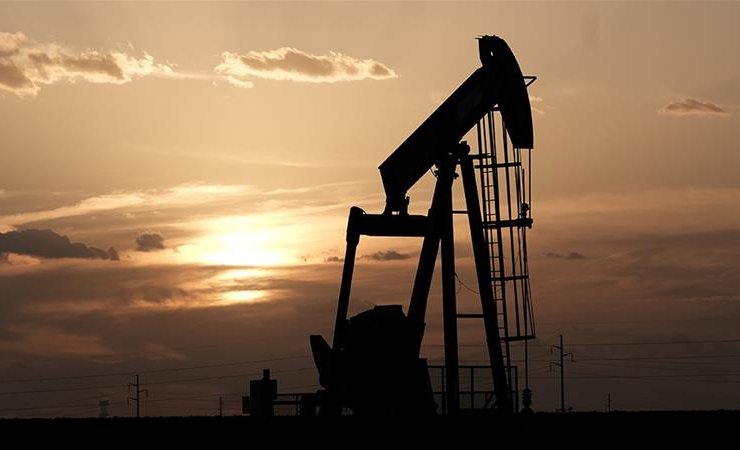 oil Prices collapsed early this year by 60%, to their lowest levels since 2003 will probably continue to fall and may fall to $20 per barrel and below, according to a survey of traders and representatives of several of the world's largest oil companies, conducted by the Agency Bloomberg.

this "bear" investment Bank Citigroup forecast assumes that the price of Brent crude could crash to $5 per barrel in the second quarter of this year.

Eighteen of 20 respondents believe that the price of Brent will fall to $20 per barrel and may go down further. The price of WTI, according to their estimates, might be lower by $3-5 per barrel.

oil Prices can stay at such a low level from several weeks to several months, possibly until the end of the year, traders said.

"the Level of $20 per barrel can be easily punched to mid-April", - said the Director of the Indian oil refining company Bharat Petroleum Corp. R. Ramachandran.

Analysts at leading investment banks also expect further fall of the market, "bear" Citigroup forecast assumes that Brent could fall to $5 per barrel in the second quarter of this year.

On the oil market was hit hard by a sharp drop in demand caused by the widespread restrictions within the framework of the fight against the epidemic of coronavirus. OPEC and Russia this month have failed to agree on the next production cuts in response to reduced demand and went to war for market share that has exacerbated the decline.

Sudden and sharp collapse in oil prices, which has contributed to massive sales in other markets, creates serious risks for the economies of many countries - from Latin America to the Middle East and the US, where the oil sector accounts for a significant share of GDP.

Search the bottom is always pretty stressful for the market, because the prices for every day testing new lows. Brent crude on Wednesday fell to its lowest since 2003, $of 24.52 per barrel, WTI - up to $20,05 per barrel, the lowest since 2002. Since the beginning of March the daily price fluctuations of Brent, three times double-digit numbers, which is comparable to the volatility in January 1991, when the war began in the Persian Gulf, as well as December 2008 - the height of the financial crisis.

Some traders say that the price drop lately is enough to stimulate purchases to replenish the reserves of cheap raw materials. As a result, the market creates a situation "contango" when the prices of the contracts with the nearest delivery is lower than more recent contracts. This demand, however, will persist only as long as customers fill their storage, experts warn.

Other experts expect that oil prices will fall as long as production for a large fraction of producers will become unprofitable.

"the Price of WTI drops below the cost of production of us shale oil producers, which is around $20 per barrel", - predicts analyst Chinese hedge Fund, Shanghai Youlin Investment Management Co. Zhang Chengfen. - Huge pressure as a result of contango can lead to a drop in the cost of the nearest contract on oil to $15 per barrel, as some traders need to maintain a market in this state, to sell their stocks".

Goldman Sachs Analysts earlier this week lowered its forecast of the cost of Brent in the second quarter to $20 per barrel from $30 per barrel.

Citigroup said that the Bank's baseline scenario assumes that the average price of Brent will be $17 per barrel in the second quarter, and "bear" - price drop to $5 per barrel.

Experts Energy Aspects see the risk reduce the cost of Brent to $10 per barrel in April, expecting that for the rest of 2020 it will be above $20 per barrel.

Recommended:
Japan to build largest electric arc furnace for green steel production
In Kiev, the director of one of the plants of the State Corporation "Ukroboronprom" will appear before the court
Severodonetsk Azot Group DF increased the production of mineral fertilizers by one and a half times
On this topic
World steel production rose 2.1% in January
World steel production in November decreased by the percentage
Interpipe has improved its financial results due to growth in demand for railway products
Vadim Novinsky is buying oil-producing assets in the Odessa region
World steel production in September fell by 0.3%
Mechanical engineering remains the locomotive of industrial production growth in the Donetsk region
Add a comment
Сomments (0)
News Analytics
Three European delegations visited the Mariupol commercial port in two days22-04-2021, 14:23
ArcelorMittal is the best employer in the MMC of Ukraine in 2021 - research22-04-2021, 14:28
US pledges to halve emissions by 2030 as part of renewed fight against global22-04-2021, 14:52
ArcelorMittal Raises Hot Rolled Steel Prices in Europe Above € 1,000 /Ton22-04-2021, 13:24
Chinese subway cars begin operational tests in Chicago22-04-2021, 13:44
Global hydrogen demand to grow 7-fold by 2070 - PwC21-04-2021, 12:31
World Steel Association predicts a good year for metallurgists15-04-2021, 18:19
World Steel Association defines green steel and its variations12-04-2021, 13:14
China unlikely to cut steel capacity in 2021 due to high steel prices07-04-2021, 12:11
Scrap metal market at the beginning of April02-04-2021, 11:10
Sign in with: