Market participants associate the rise in oil prices with "euphoria" amid the start of vaccination against coronavirus and an increase in demand for hydrocarbons in China. 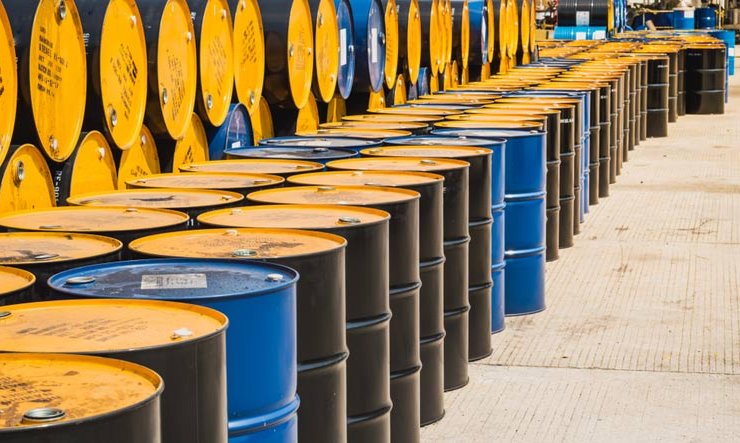 Oil has risen in price since the end of October amid the registration and use of new vaccines against coronavirus, Bloomberg notes. The head of the Asian division of Vitol, Mike Mueller, in an interview with Gulf Intelligence, noted that in terms of "euphoria" against the background of vaccine registration, the oil market may even "rush things".

According to Bloomberg, prices are also affected by the growing demand for oil in China. As of last Friday, 127 supertankers were sent to the country, which, when fully loaded, can deliver more than 250 million barrels. Royal Dutch Shell Plc CEO Ben Van Beurden said last week that fuel sales to China have returned to a "strong growth mode".

The rise in oil prices was also driven by the recent OPEC + deal, in which Saudi Arabia voluntarily agreed to cut oil production to 8.5 million barrels per day in February and March 2021. “The fundamental picture of improving demand and discipline on the supply side suggests that the market has clear upside potential,” Michael McCarthy, chief market strategist for CMC Markets Asia Pacific in Sydney, told Bloomberg.

Recommended:
EVRAZ considers potential spin-off of coal business
Chinese commercial launch vehicle "Hyperbola-1" exploded on takeoff
Situation with coal reserves at Ukrainian power plants remains critical - Ukrenergo
On this topic
The price of North American WTI crude oil fell below $ 8 per barrel for the first time in history
The market considered the deal OPEC+ reduction of oil production of one dollar
Citigroup experts did not rule out the collapse of Brent oil to $ 5 per barrel
Saudi Aramco has offered to buyers of oil, the highest discount for the last 20 years
Gold prices rise amid falling industrial metals quotes
Brent oil is already near $ 70 per barrel
Add a comment
Сomments (0)
News Analytics
Where and how much gold is there in Ukraine?25-02-2021, 21:28
A plot with copper deposits in the Volyn region of Ukraine has risen in price25-02-2021, 18:26
ArcelorMittal is preparing to announce another price increase in the next few25-02-2021, 18:43
Indonesian gold mine collapse kills 3 people, 5 missing25-02-2021, 18:41
MMK them. Ilyich purchased electricity from Energoatom for 26 million hryvnia25-02-2021, 13:12
Troy ounce of gold will drop $ 500 in two years - Fitch25-02-2021, 18:29
Global iron ore production growth to outstrip cumulative production in India23-02-2021, 10:22
Fitch Ratings Warns of “Shocking Impact” on Fossil Fuel Exporters18-02-2021, 14:44
Raw material prices rise by about 10.5% in January 2021 - Deutsche Industriebank12-02-2021, 10:48
JP Morgan Analysts Announce New Super Growth Cycle in Commodities11-02-2021, 17:56
Sign in with: