But for the near future, Shell's spending will continue to focus on oil and gas. 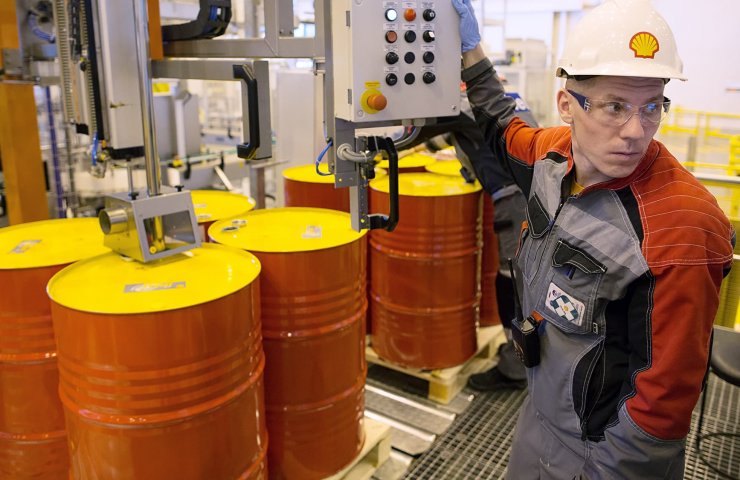 Oil giant Shell said that by 2050 it wants not only steel as a carbon-neutral company, but also to make its customers so.

The company also announced that its oil production, which peaked in 2019, will gradually decline.

Shell now wants to expand its biofuel, hydrogen and hydropower business as it faces increasing pressure from investors and lenders.

CEO Ben van Beurden said the oil giant's goal is for its energy products to be predominantly low-carbon.

Shell will use its existing refineries to start producing biofuels and will also use them to produce hydrogen.

Shell wants to increase sales of hydrogen at gas stations in the event of an increase in demand for cars running on hydrogen, and is also interested in a possible market for hydrogen heating of homes.

Recommended:
Ukroboronprom signs contract with Pakistan to repair tanks worth 85.6 million dollars
In Ukraine, more deposits of metals and minerals have already been put up for sale than in the entire 2020
Alisher Usmanov's USM Group will invest 40 billion rubles in a new HBI plant
On this topic
Russia did not mind replacing natural gas with hydrogen in Ukrainian transit in 2035
Ukraine needs to reduce mortgage rates to 8-10% - Confederation of Builders of Ukraine
The European Parliament: hydropower plays a major role in the Energy strategy of the European Union
Citigroup experts did not rule out the collapse of Brent oil to $ 5 per barrel
Prospects for the development of the economy and steel market in the EU in 2019-2020
British Steel lenders insist on plant closure
Add a comment
Сomments (0)
News Analytics
Bogdan Motors started construction of buses for Antonov State Enterprise03-03-2021, 11:06
At the Kherson shipyard, the dry cargo ship was lengthened by 25 meters,03-03-2021, 10:04
British unions fear thousands of jobs to be lost due to Sanjiv Gupta's03-03-2021, 10:58
Australia's pipeline operators start adding hydrogen to natural gas03-03-2021, 10:56
The United States expands the list of organizations associated with the03-03-2021, 09:15
Spread between raw materials and high strength alloy steel in Europe increased01-03-2021, 20:21
Increase in prices is forecasted in the markets of steel raw materials -26-02-2021, 09:25
Troy ounce of gold will drop $ 500 in two years - Fitch25-02-2021, 18:29
Global iron ore production growth to outstrip cumulative production in India23-02-2021, 10:22
Fitch Ratings Warns of “Shocking Impact” on Fossil Fuel Exporters18-02-2021, 14:44
Sign in with: