The commodity market has seen four such supercycles over the past 100 years, the last of which began in 1996 and peaked after 12 years of growth in 2008. 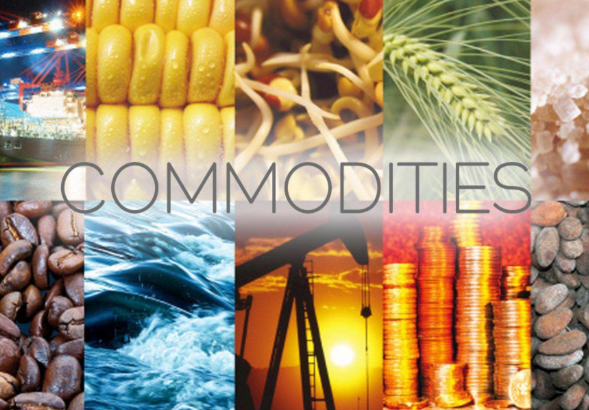 With the surge in agricultural prices, metals and oil prices soaring well above $ 50 a barrel, JPMorgan Chase believes that the commodity market has begun a new supercycle of multi-year profits.

According to JPMorgan analysts led by Marko Kolanovic who quoted Bloomberg, long-term commodity boom seems likely as Wall Street is betting on strong economic recovery after the pandemic and hedging inflation.

The bank said prices could also jump as an "unintended consequence" of the fight against climate change, which threatens to restrict oil supplies while increasing demand for metals needed to build infrastructure for renewable energy, batteries and electric vehicles.

There have been four super cycles in the commodity market over the past 100 years. The last of them began in 1996, and its peak after 12 years of growth came in 2008.

The rise in prices in the commodity market is expected not only in JPMorgan Chase. Analysts at Goldman Sachs Group, Bank of America and Ospraie Management are also forecasting growth in commodity markets thanks to government stimulus programs to bolster the economy and mass vaccinations to combat coronavirus around the world.

Recommended:
Norilsk Nickel, Rosatom and DTSSS signed an agreement on the design and construction of an LNG icebreaker
Toyota for the first time in two years agreed to increase the purchase price of steel
Viktor Pinchuk's metallurgical company Interpipe increased steel production by 22.7%
On this topic
S&P Global Platts predicts first drop in domestic steel demand in China in 5 years
The world Bank has provided Ukraine a loan of $ 350 million
At Deutsche Bank predict prolonged fall in stock markets
Gold prices rise on the weakening dollar
Fitch: steel production in Ukraine will not come to pre-war levels
Gold Producers Industry Riots by Counterfeiting Crisis
Partner news
Сomments
Add a comment
Сomments (0)
News Analytics
Novokramatorsk Machine Building Plant manufactured a lift for a gold mine in22-09-2021, 10:27
German auto giants are betting on hydrogen cars22-09-2021, 10:09
State Enterprise "Ukrhimtransammiak" resumed transportation and delivery of22-09-2021, 10:30
Electricity from wind turbines in Russia may become cheaper than nuclear22-09-2021, 09:53
Belarusian Steel Works continues to supply steel to Serbia through a distributor22-09-2021, 09:41
Moody's changes its outlook for the mining and metals industry from "positive"14-09-2021, 18:39
European steel prices decline from summer highs and remain stable high04-09-2021, 10:38
Rise in European steel prices to dizzying levels finally fizzled out - Bloomberg27-08-2021, 13:18
Gold continues to be the most efficient portfolio asset - WGC26-08-2021, 12:38
Falling iron ore prices caught Wall Street by surprise - WSJ23-08-2021, 13:57
Sign in with: