Hydrogen plasma is used to simultaneously reduce iron ore and melt it into liquid steel in a special DC electric arc furnace. 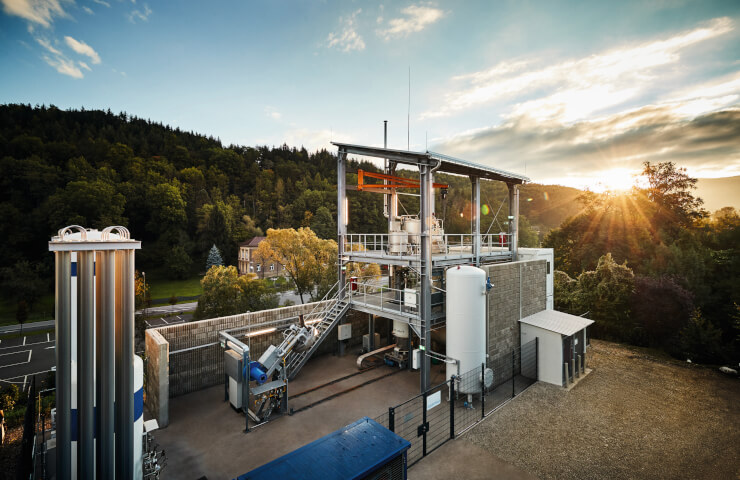 Conventional steelmaking uses coke, coal or natural gas as a reducing agent for ores. The SuSteel project is replacing them with hydrogen. Hydrogen plasma is used to simultaneously reduce iron ore and melt it into liquid steel in a special DC electric arc furnace. The advantage of using green electricity and hydrogen as a reducing agent is that water vapor is the only end product that completely eliminates carbon dioxide emissions.

The project partners that joined voestalpine in this fundamental research project are the K1-MET Competence Center for Metallurgy and the University of Montanuniversität Leoben. SuSteel is a COMET project initially funded by K1-MET through the Austrian Research Promotion Agency (FFG) until 2023.

voestalpine is consistently pursuing its plan to achieve climate-neutral steel production. The goal is to partially replace the existing blast furnace route with hybrid steelmaking using electricity from 2027 and to progressively increase the share of green hydrogen used in the steelmaking process until 2050.

The voestalpine production facility in Donawitz was deliberately chosen as the location for the new experimental facility. Here, at the Group's site in Styria, voestalpine Metal Engineering will produce high-quality steel for the manufacture of special rails for railway infrastructure, high-quality wire for the automotive industry and high-quality seamless pipes for oil and gas exploration.