In addition, Wolfgang Eder handed over the chairmanship of the Voestalpine board to Herbert Eibensteiner. 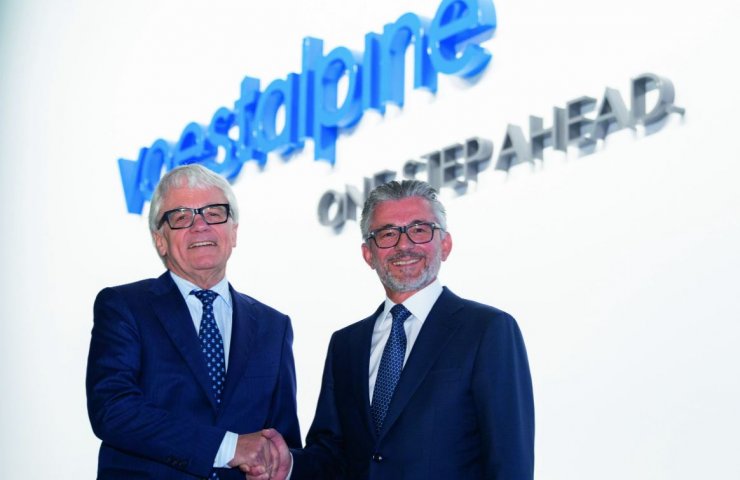 Following a proposal from both the board and supervisory board, the 27th Annual General Meeting of Voestalpine AG on Thursday announced a dividend of € 1.10 per share for the 2018/19 financial year. At this year's general meeting of shareholders, Herbert Eibensteiner also became Chairman of the Management Board, taking the place of Wolfgang Eder, who in turn was elected to the Supervisory Board, the group's highest corporate body.

Voestalpine reported record revenues for the 2018/19 fiscal year, but its earnings figures lagged significantly behind the previous year due to external and internal negative factors. The current dividend is a 21.4 percent decrease compared to the € 1.40 dividend for the previous financial year.

However, it should be noted that the 2017/18 fiscal year was the most successful in Voestalpine's history.

The meeting also authorized the board to buy back its own shares, which make up no more than 10 percent of the authorized capital. In essence, this represents the renewal of the 2017 permission to repurchase own shares, which, among other things, serves to expand the scheme for holding employee shares or convertible bonds, if any. The permission to buy out own shares will be valid for 30 months.

At the close of today's AGM, Herbert Eibensteiner has taken over as chairman of the Voestalpine board, replacing Wolfgang Eder, who has held this position for over 15 years. Herbert Eibensteiner is an internationally experienced manager who began his career in an Austrian steel company as an engineer in 1989 after receiving a degree in mechanical engineering and business management.

Wolfgang Eder, outgoing CEO, worked for Voestalpine Group for 41 years, of which he served as chairman of the board for more than 15 years. Under his leadership, the Voestalpine Group has grown from an Austrian steel company to a global technology group.

Финансовая аналитика, прогнозы цен на сталь, железную руду, уголь и другие сырьевые товары. More news and analytics on Metallurgprom telegram channel - subscribe to get up-to-date market information and price forecasts faster than others.
Сomments
Add a comment
Сomments (0)
On this topic
Voestalpine says about 40 million euros of losses due to pandemic COVID-19
ArcelorMittal Kryvyi Rih shareholders voted to pay dividends
Voestalpine Cuts Dividend by One-Fifth Due to Slower Economic Growth
Austrian steel company Voestalpine will pay dividends despite the losses
Ferrexpo board of directors proposes to quadruple dividends for 2020
The largest metallurgical company in Austria predicts profit growth of at least 1.5 times
Recommended:
For 8 months of 2022, steel production in Ukraine fell by 64.5%, to 5.2 million tons
China production cuts in winter will give limited boost to steel markets - Platts
Coal production in China increased by 11% in January-August
News Analytics
EBRD downgrades Ukrainian economic growth forecast for 2023 from 25% to 8%28-09-2022, 13:57
EU plans additional sanctions against Russian metallurgy27-09-2022, 10:34
The European Commission has approved 5.2 billion euros of state support for27-09-2022, 10:43
China's leading industrial profits fall 2.1% in first 8 months27-09-2022, 10:20
Moody's changed the outlook for the global mining industry to26-09-2022, 19:04
China production cuts in winter will give limited boost to steel markets -15-09-2022, 10:09
Steel prices may rise as manufacturers stop production11-09-2022, 14:06
IREPAS: The global long products market is in a "dramatic situation"10-09-2022, 20:49
Steel prices are unlikely to rise significantly in the near future - analysts02-09-2022, 22:58
Steel prices may move up on new data from China31-08-2022, 12:19
Sign in with: