New amendments to the legislation of the European Union will allow the European Commission to respond adequately, even if the WTO will not make a final decision at the appellate level because the other WTO member will block the dispute resolution process. 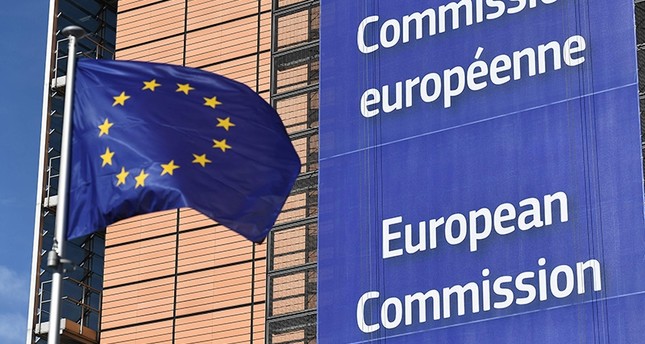 the European Commission, which coordinates trade policy of the European Union, suggested on Thursday changes to the existing law, which she has used to restrict steel imports after American tariffs effectively closed the US market in 2018.

"Today's proposals will allow us to protect our interests in these particularly challenging times for international trade. Because what is at stake in many European jobs the EU should be able to force our partners to respect their commitments, and that was the purpose behind this proposal," - said the President of the European Commission Ursula von der Leyen.

the New mechanism would also apply to dispute settlement provisions included in bilateral or regional trade agreements is a member of the EU.

These proposals are the latest European Union's response to the crisis in the WTO.

the WTO Appellate body ruling as the Supreme court in international disputes, this week, was paralyzed after the administration of the trump failed to make the nominations of their representatives in the trade organization.

"the European Commission has presented a proposal that will enable the European Union to protect their commercial interests, despite the paralysis of the multilateral system of dispute settlement in the world trade organization (WTO)," - said the EC.

Финансовая аналитика, прогнозы цен на сталь, железную руду, уголь и другие сырьевые товары. More news and analytics on Metallurgprom telegram channel - subscribe to get up-to-date market information and price forecasts faster than others.
Сomments
Add a comment
Сomments (0)
On this topic
The head of the European Commission Ursula von der Leyen suspected of corruption
The President of the European Commission announced the beginning of the era of hypercompetitiveness
The European Commission opposed the us sanctions against European companies
The "green deal" will cost the European Union $ 100 billion
Eurofer is proud of its support of the new industrial strategy of European Union
European Commission President pledges to make steel production environmentally friendly
Recommended:
Sweden announced the discovery of Europe's largest deposit of rare earth metals
The United States refused to comply with the decision of the WTO on tariffs on steel and aluminum
Taiwan bans stainless steel exports to Russia and Belarus
News Analytics
EU Green Deal should encourage investment in mild steel projects: Eurofer02-02-2023, 16:32
Belarusian steel plant to operate at full capacity from February02-02-2023, 16:56
British Steel considers cutting up to 1,200 jobs at Scunthorpe02-02-2023, 11:50
Electric vehicles will play a key role in US aluminum production growth - Norsk01-02-2023, 12:17
The former president of Motor Sich was accused of aiding terrorists01-02-2023, 11:39
European stainless steel producers ready to raise prices31-01-2023, 16:16
S&P: Russia will continue to dominate the steel export market in the Black05-01-2023, 11:22
Fitch Analysts Predict Big Drop in Global Steel Consumption This Year14-12-2022, 13:59
Analysts predict 5% annual growth in the iron casting market through 203006-12-2022, 12:44
Commodity prices will fall, metals quotes will rise slightly - Focus Economics28-11-2022, 13:28
Sign in with: